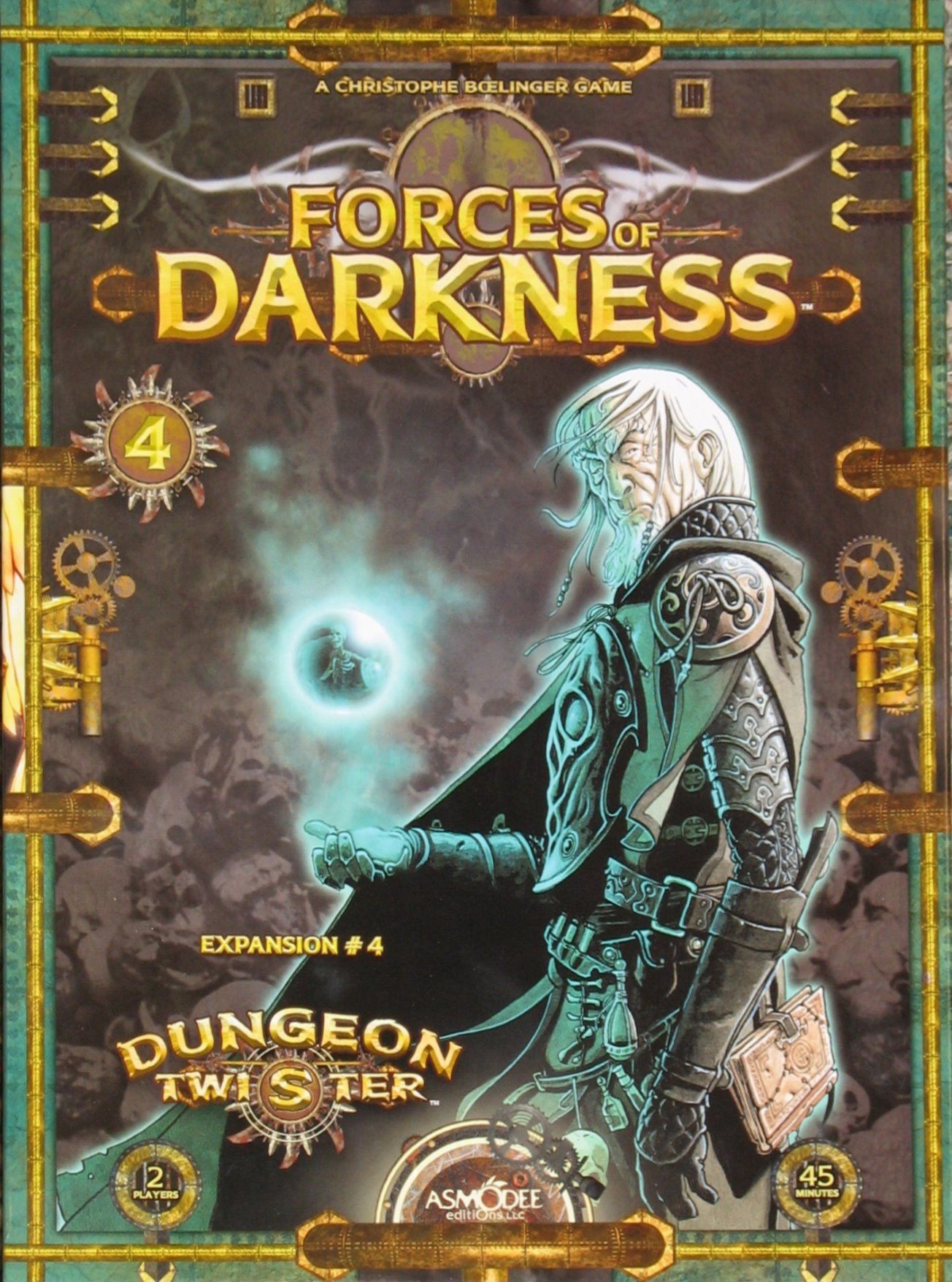 Forces of Darkness is an expansion in the Dungeon Twister series of games. With Powers of Darkness discover 8 new characters, 7 objects (from which to select 6), and 8 new rooms and all the rules which relate to them. This expansion contains all the material necessary for a game for 2 players except for the basic rules, the charts of combat, and the folding screens. It can also be combined with the base game and other expansions. You will be able to work out new tactics and strategies centered on the exploitation of the casualties. Dark death and arts will not have any more secrets for you. A new type of terrain based upon the darkness will enable you to discover a new and innovative mechanism using new material elements. Without the torches, equipment essential to any adventurer who respects himself, you will not be able to be enter the oppressive darkness. Many other elements of terrain will come to enrich your party and could also be used to create your own original scenarios. New creatures include: The Vampire(4/2): Undead. His combat value increase each time he kills an opponent. Can change to an undead bat with (6/0) The Mummy(3/4): Undead. Break porticullis. Strong and not too slow, but he has a flaw: if all adjacent oponnent in a fight has a torch, the mummy's owner is forced to play his 0-card. The Ghoul(6/2): Undead. He can carry the opponent's wounded character. If he exits the dungeon with any wounded character, he gets an extra Victory Point. The Undead Dragon(2/6): Undead. Can regenerate just like the troll. Gives two victory points to the player killing it. The Necromancer(4/2): Magic User. For one action point, he can transform an adjacent wounded character, even the opponent, into a zombie(3/2, undead). Can raise a zombie from a grave (special terrain type). The Angel of Light(5/1): Can light the darkness as if she was carrying a torch, using her magic ability. The Shadow(4/2): Undead. Can act in the darkness as if it was a normal terrain type. The Specter(4/0): Undead. Can move through any terrain type. Gives no point if it exits the dungeon. Can resurrect into an opponent wounded character. The specter "die". The wounded character is considered fully healed and is now in control of the player who owned the specter. Expands Dungeon Twister