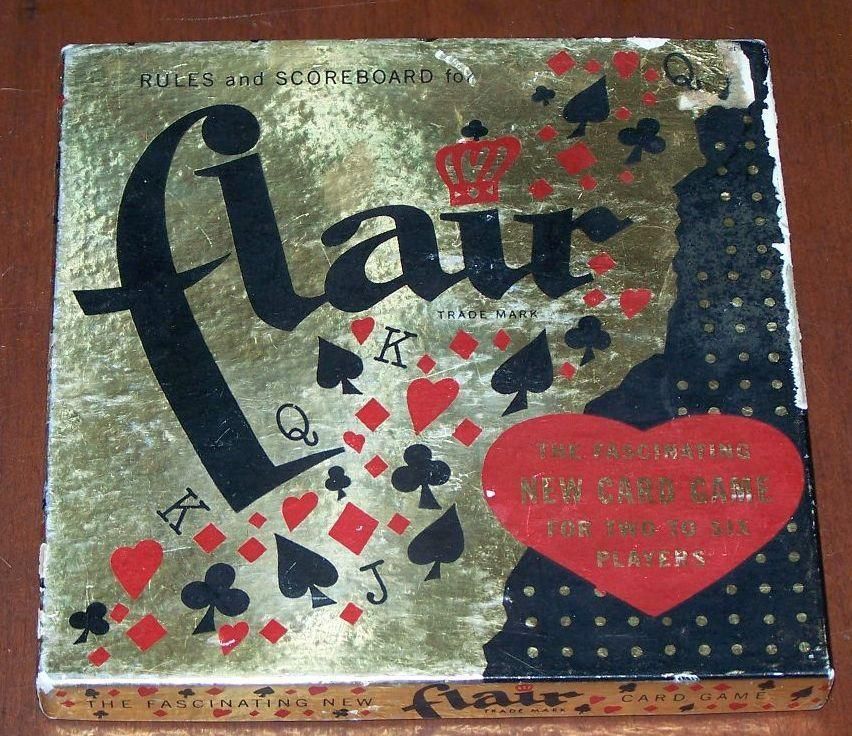 From the rules: Flair is played with standard card decks and any number from two to six can play. Combining the elements of science, strategy and bluff, Flair is designed to keep combatants at wit's edge. The game is played with two trump suits, wild cards, an a scoreboard. The first half of each hand, called the buildup, is pure cutthroat. The second half, a playoff called the tally, will give you an opportunity to express your best card skill. OBJECT OF PLAY During the first half of the game, the buildup, the object is to build combinations of cards, popularly referred to as melds, and strengthen one's hand for the secong half, the tally, when players establish trumps, and tricks count for the score. Tricks do not count in the buildup half. They only determine which cards are drawn from the token and stock piles.