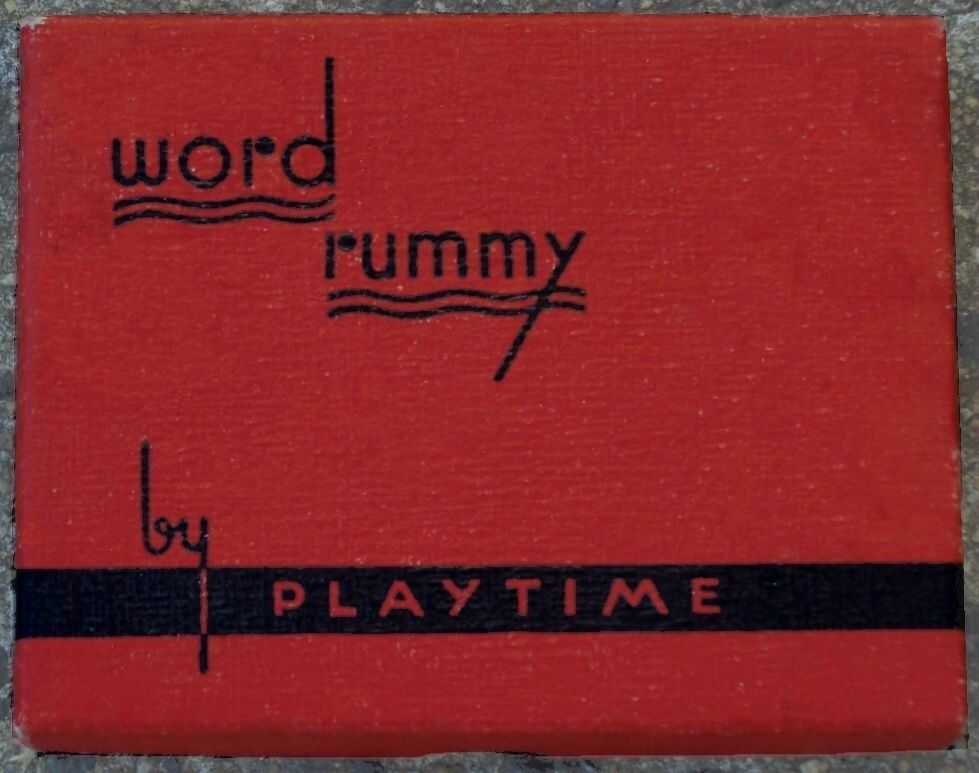 An early game of rummy with words. The deck has 78 letter cards -- the entire alphabet in each color (red, green, & blue). Each letter has a point value from 1 to 5, commoner letters with higher values. Deal 7 cards each for 6 or less players, 6 each for 7 players, 5 for 8 players, and turn up the top of the draw pile to start the discard pile. In a turn of the Standard game, a player draws 1 from either pile, plays words to the table, and discards 1. Each word must have at least 2 letters, and all must be of the same color, unless it has more than 1 of a certain letter. If the word has more than one repeated letter (e.g. "refer") the second 'e' and 'r' most both be of the same color. Words on the table may not be added to or otherwise changed. The hand ends when a player empties his hand, or when the draw pile runs out. Each player scores: for words on the table, the length of the word squared (e.g. 5 letters => 25 points); for words in the hand, the simple length of the word (5 letters => 5 points); and for each card in hand, the value of the card is subtracted. The game is won at 150 points. The Advanced game has a yahtzee-like scoring pad. There is a row for each word length from 2 to 8, and two scoring columns. The first word scored for each length is written in the Primary column; and further words for that length are simply tallied in the Secondary column. After a chosen length of time or number of hands, the player with the highest Primary total wins; ties are broken by the Secondary total. Finally, the Inverse game only scores penalties: at the end of the hand, players total the points left in their hands. After a chosen number of deals, the lowest score wins.