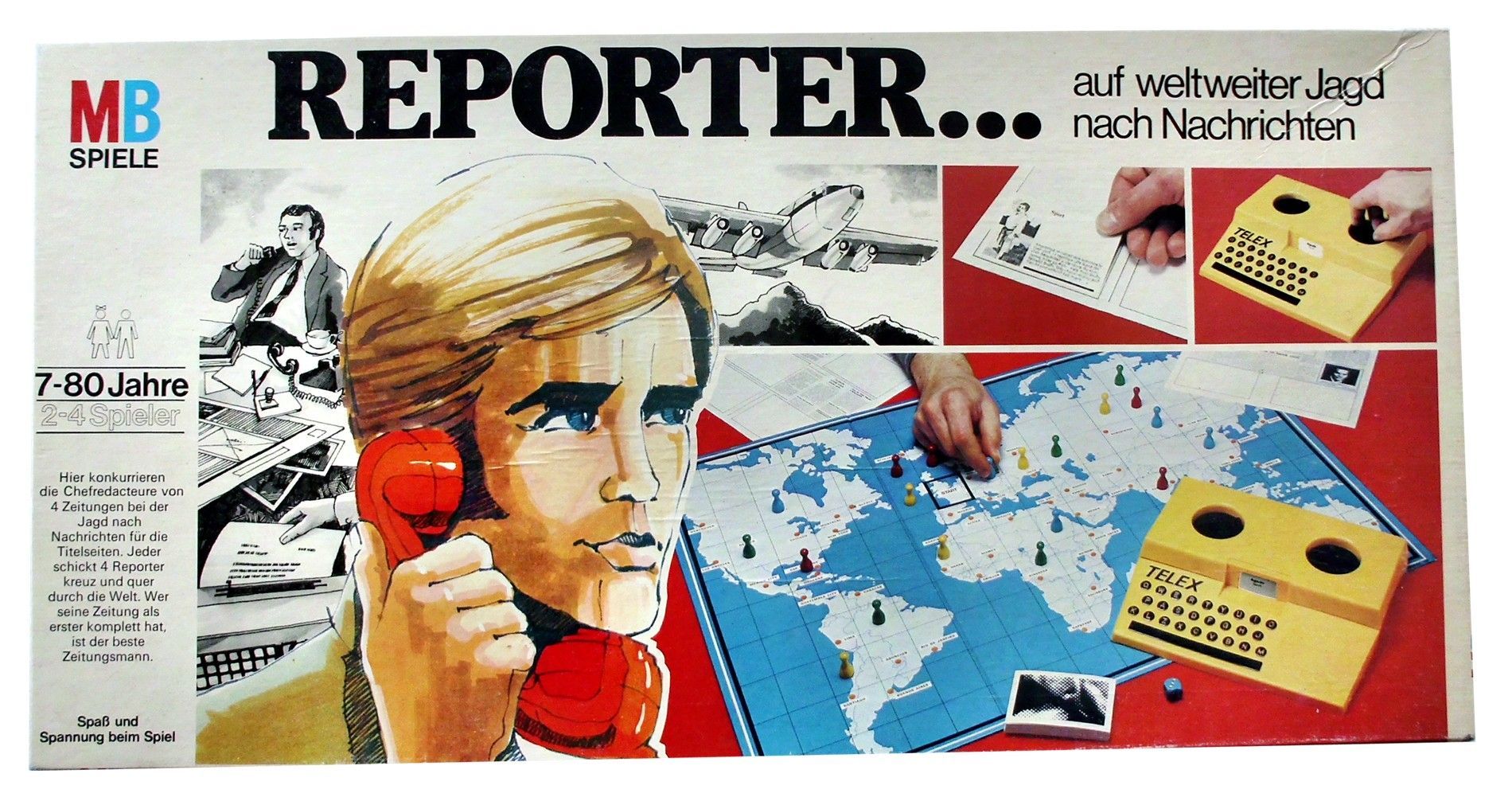 The players take the position as reporters from a newspaper. Four news stories are missing on each newspaper front page and it is up to the players to get them. The game board, which is divided into 10x16 squares, shows a map of the world. Each player has four reporters that he can move around the world searching for news stories. Central in the game mechanics is a telex, which tells the players where to go finding stories. The player rolls the die and then turns the telex as many messages back or forth as the die roll shows. The telex will now show one or two messages from one or two cities, for example: "Jalta - Crime". The player then rolls the die once more and tries to get one of his reporters to Jalta. If he succeeds in this then he might draw a news card and if the card has a news report of the same category as the message on the telex (i.e, crime), then he might place this card on one of the blank spaces on his front page. Winner is the player who first fills up all the blank spaces on his front page.