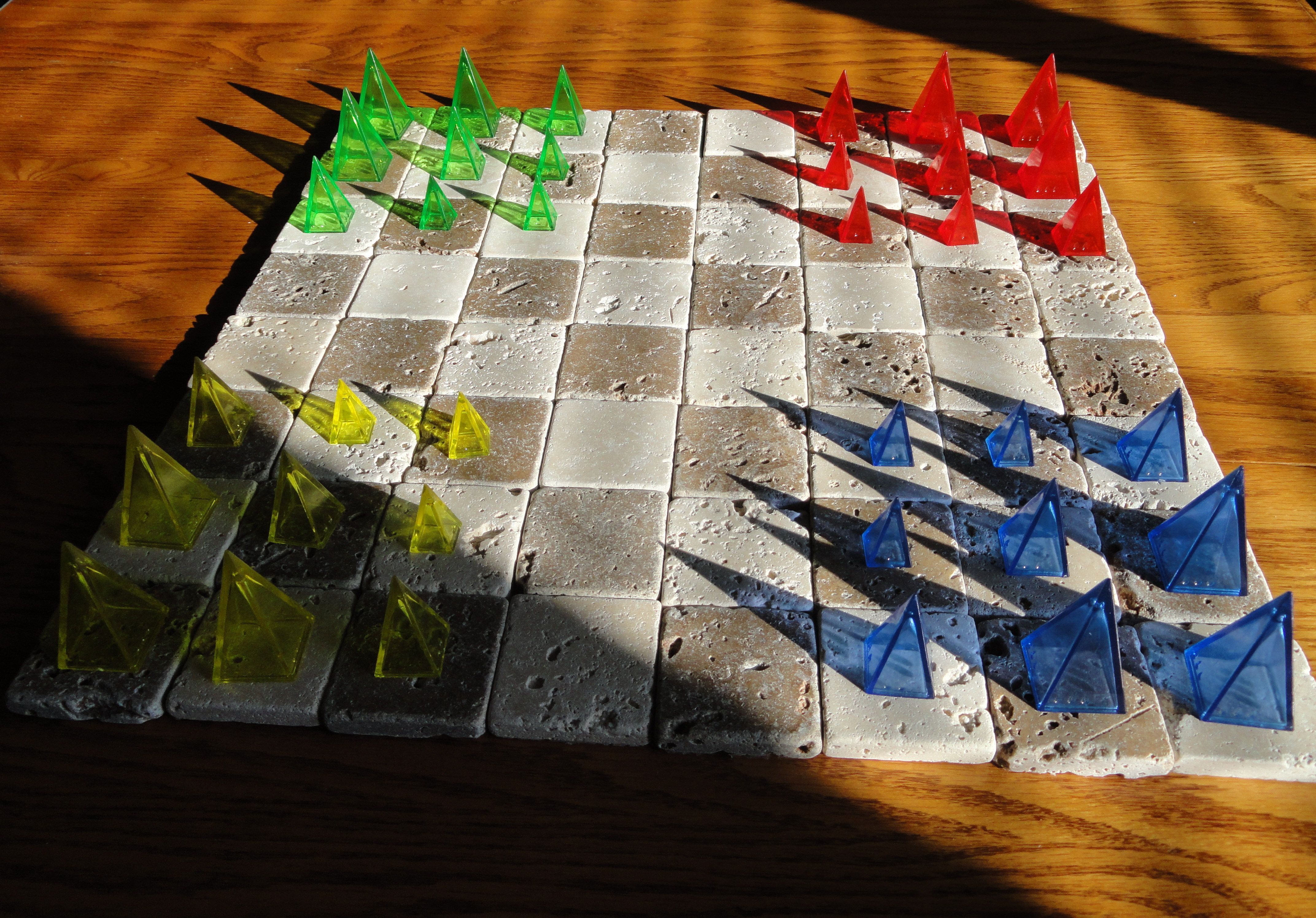 Pikemen is a game that uses Icehouse Pieces and a standard 8×8 board. Pieces are warriors with long spears known as "Pikes." Each turn a Pikeman may charge in the direction he is pointing (move any number of spaces in a straight line) and then reorient his pike in a different direction, including straight up for defense. When in defense, a piece can only be captured by a larger piece. When pointing, a piece may be captured by any other piece. Captured pieces are worth different points depending on their size: 1 for small, 2 for medium, 3 for large. The player who captures a number of enemy Pikemen worth a given amount first wins-- usually 12 points. Online Play Super Duper Games Re-implemented by Star Fleet Scramble