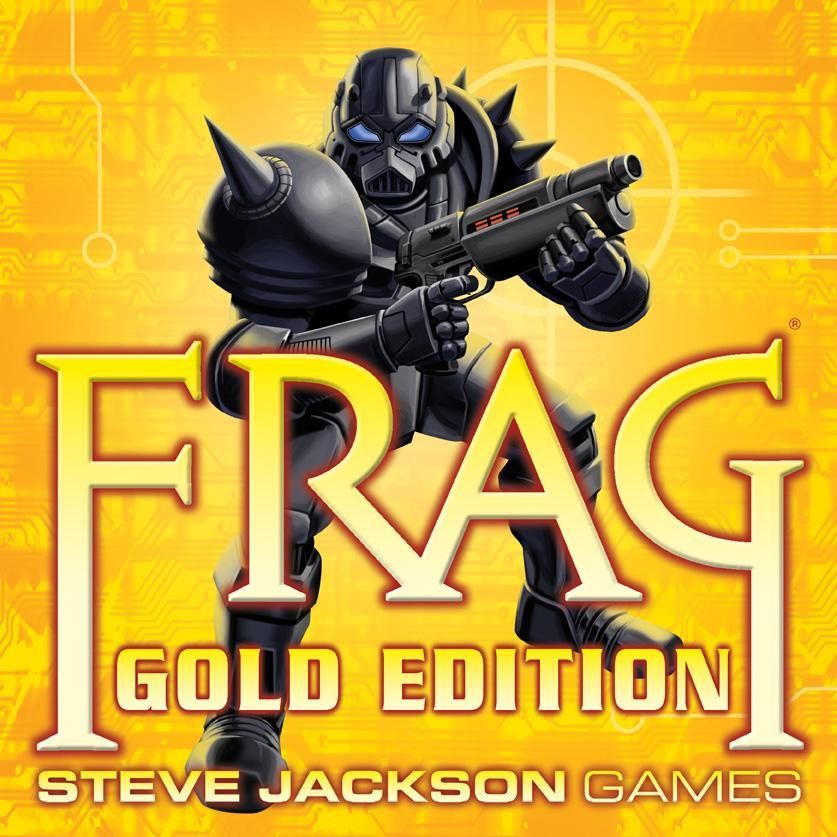 Frag is the essence of early first person shooters like Doom and Quake distilled into a board game. The tagline sums up the game: "If it moves, shoot it." Players create characters by assigning stat points and spawn on the game board, then roll dice to move around the board, pick up weapon and gadget cards, and shoot at opponents. There are also cheat cards that can be used to gain an advantage on other players when they least expect it. When players are killed they respawn on their next turn and the first player to score three kills is the winner.