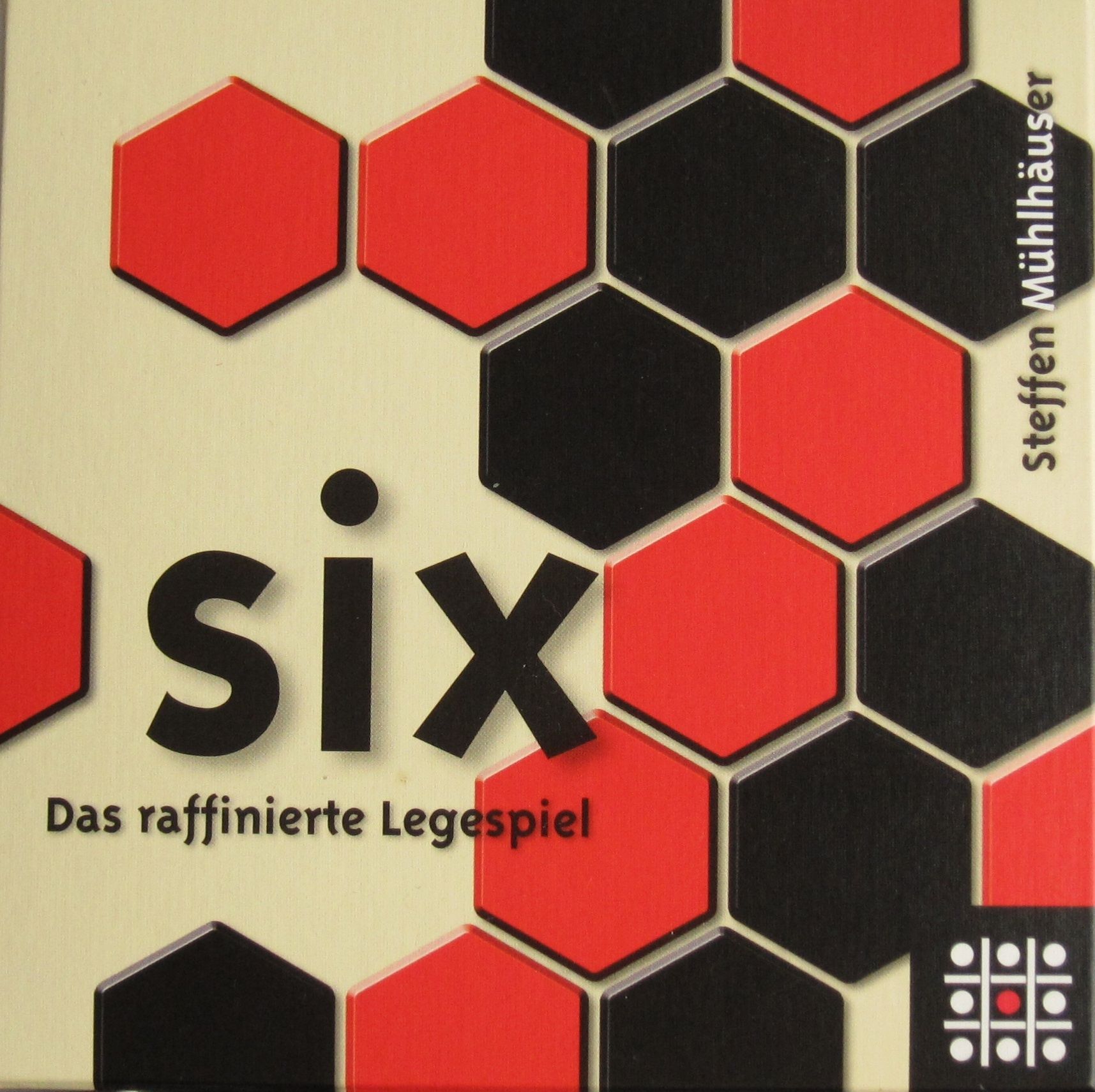 Six is a deceptively simple-looking abstract strategy game in which two (or four) players take turns placing their colored hexagonal tiles while trying to create one of the three "winning shapes" – triangle, hexagon or line – out of six of their tiles. If all tiles have been placed from players' hands without someone winning, players then take turns picking up a previously placed tile and moving it to a new position. With the advanced rules, players are allowed to move a tile that will separate all the tiles into two or more groups; by doing this, some pieces are removed from the game, and this provides an alternate way to win by reducing the opponent to five or fewer pieces (as the opponent cannot possibly form a winning shape).