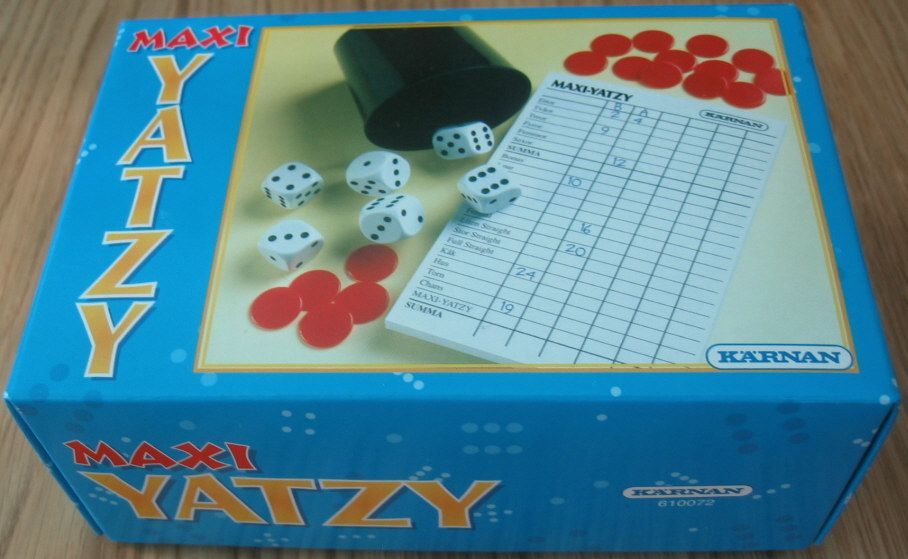 Maxi Yatzy (or the "Swedish Variation" according to some) is Yahtzee with an extra die, more ways to score points and a feature where you can save extra rolls for later. The game is played like the classic dice game Yahtzee except you have 6 dice instead of 5. Each turn the player rolls up to three times trying to get as good a combination as possible and entering the score onto the scoreboard. Unlike regular Yahtzee the player can choose to forfeit one or two of the rolls in a turn and instead take re roll-markers that can be used in later turns. When all players have taken their 20 turns of dice rolling the score is tallied up and the player with the highest score wins.