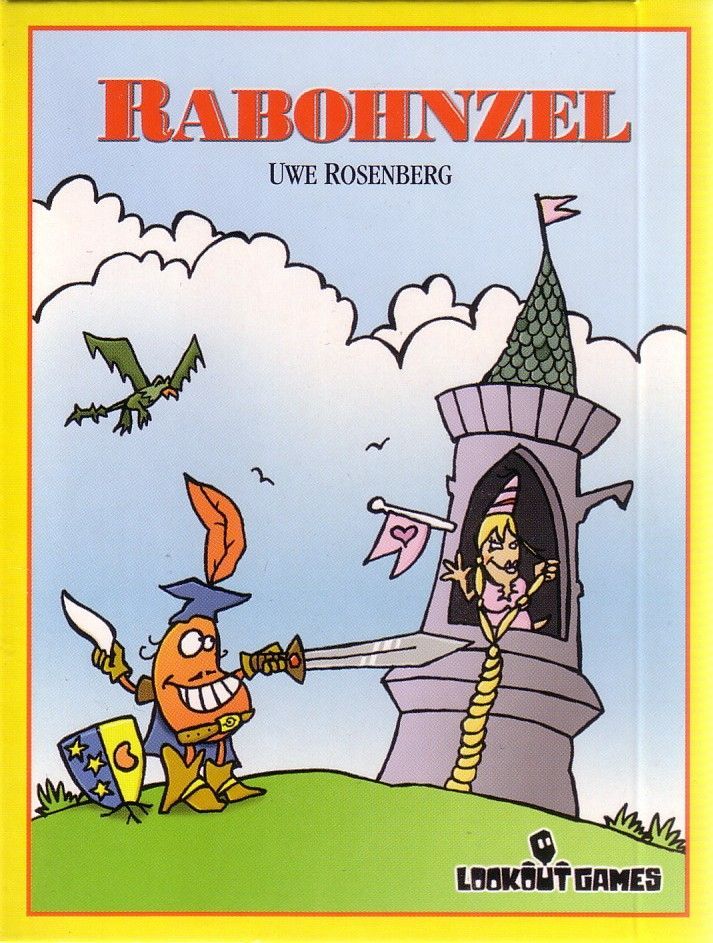 This limited Essen 2005 release (3,000 of these little boxes were produced) is not another expansion for the popular Bohnanza. Rabohnzel is a new stand-alone game, though it is based on Bohnanza's theme. Rabohnzel is basically a re-invention of Bohnanza with a fantasy theme - complete with magic spells - interwoven in the gameplay. What you get in Rabohnzel that you don't get in Bohnanza: a long-overdue draw deck depletion counter 100% different set of beans, in seven types, most of whom have special powers of some sort 11 magic spells the players can learn to bend the rules or abuse their opponents the ability to use Sword Beans to "liberate" harvested Princess Beans from your opponents plenty of other mischief, and as much more as your lateral thinking abilities allow game-critical German text on most of the cards (See Rabohnzel English Card Text.pdf.) Rabohnzel is part of the Bohnanza family of games.