The End of the Triumvirate - Universal Statistics 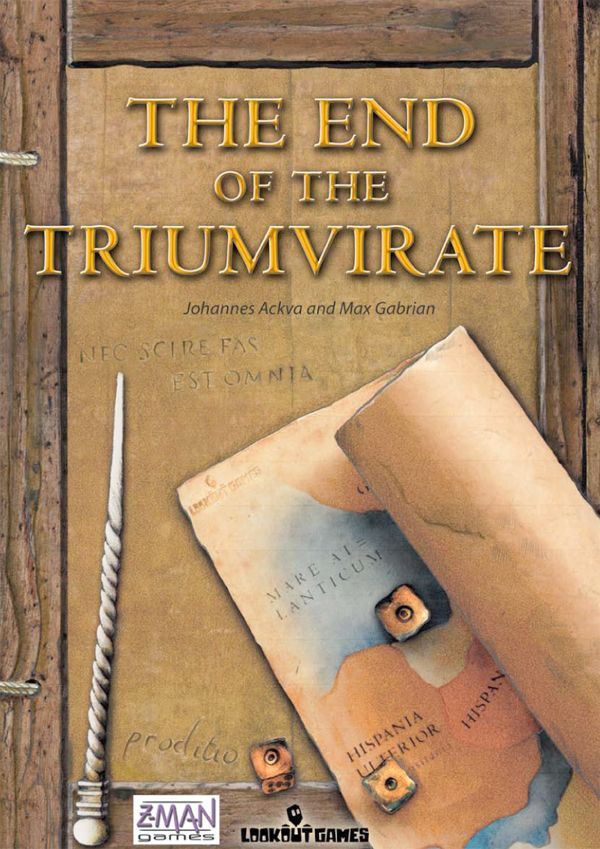 Players take on the role of one of three leaders in ancient Rome: Caesar, Pompeius, or Crassus. Each is seeking to dominate the others by various means. You could try a military victory by creating a massive land block... or perhaps a political victory by being elected as Consul twice... or perhaps you can win by sheer skill by raising your talents... This game is designed for exactly three players (tackling the usual problems games at this player count have) but comes with a variant to play with only two players as well. The turn play consist of 3 phases: 1: Supply phase - Each province supplies gold or legions (based on the type of province) 2: Move Phase - The player moves their Character to collect gold or to attack their opponents with Legions following their Character 3: Action phase - can be used to do number of actions such as Persuade citizens, produce weapons or increase military or political competence. The player turn ends by moving the calendar stone one step down the track. The game can be won by three different ways and ends immediately if one of the conditions is achieved: Political victory: A player is elected for consul twice (by having most citizens in his forum at the end of a year) Military Victory: A player conquers their 9th Province Competence Victory: A player reaches VII on both Competence