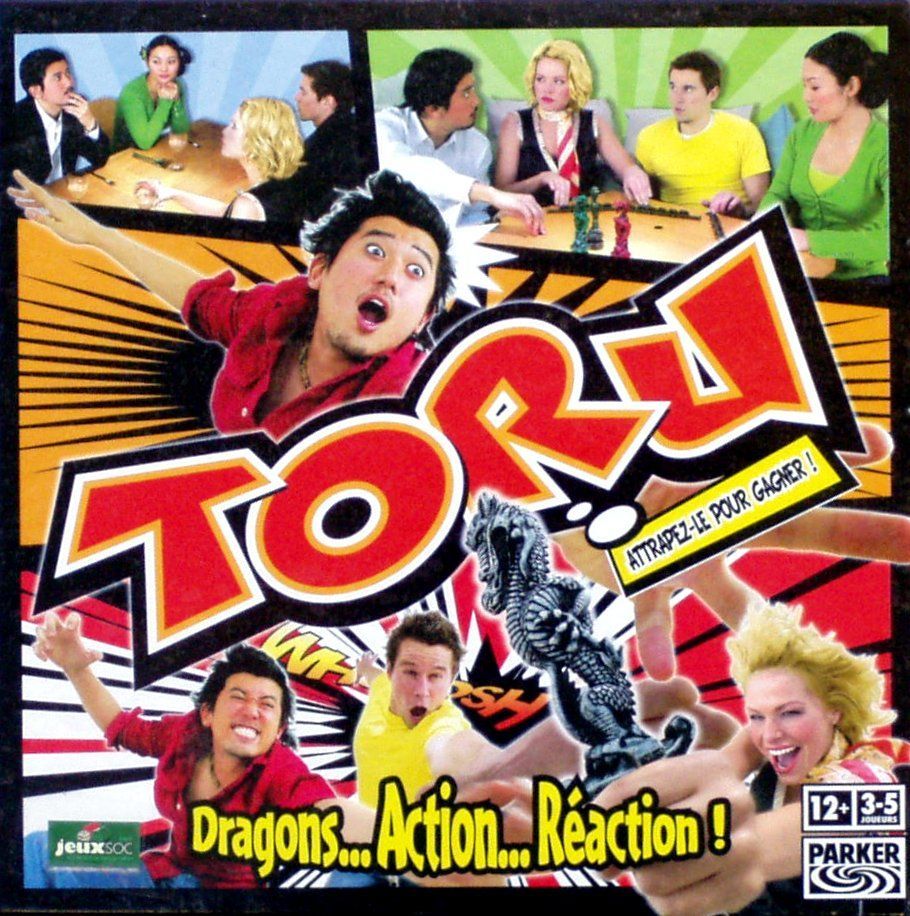 Unleash your inner dragon! Toru is a party game, where players pass chips to each other. Everybody simultaneously passes a chip to their left, chanting 'TO!', and picks up the chip given by their right neighbour, chanting 'RU'. This should proceed as fast as possible. Players start with seven chips, each carrying a symbol. There are ten different symbols. As soon as one player has a collection of four chips with one symbol, and three chips with another, he shouts 'TORU' and grabs one of the dragons that are placed in the middle of the table. All other players try the same. One player loses out, as there is always one dragon less than the number of players. All players who managed to grab a dragon score a point. If the colour of the dragon matches the colour of the secret counter they received at the start of the round, they get a bonus point. First to reach eight points wins.