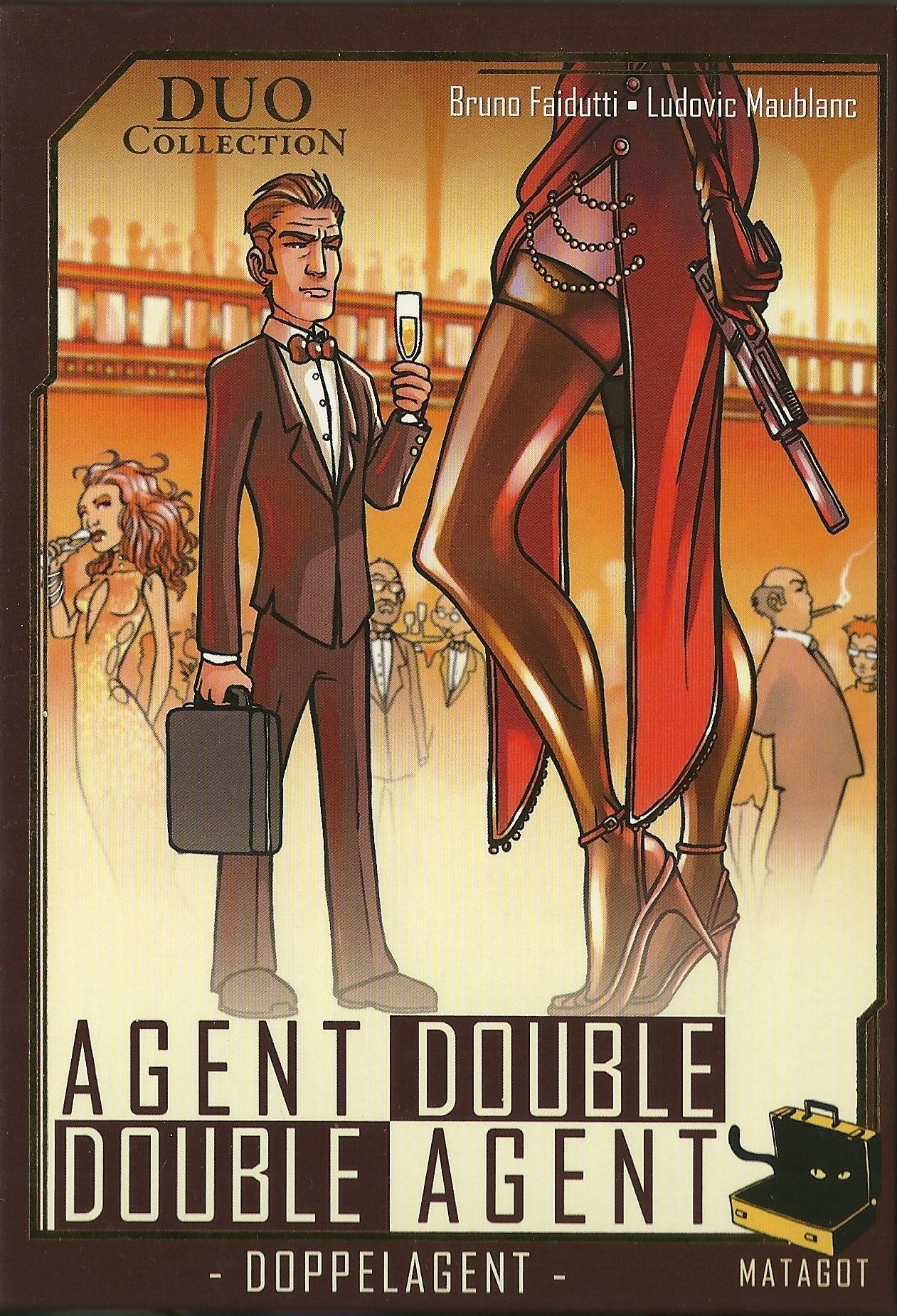 From the author's homepage: Double Agents is published as an insert in the french boardgame magazine "Des Jeux sur un Plateau", in the October 2005 issue (#20). In this card game, each player is trying to manipulate five double agents with ambiguous loyalty, and to guess which ones are working for him and which one for his opponent. Hidden information, face down cards... it's a two player game, but it's also a classical Ludo or Bruno game, where you don't know what is sophisticated bluffing and what it just global chaos. From an earlier description on Bruno Faidutti's website: Double Agent is based on a simple idea : each player knows each agent's loyalty to him, but doesn't know his loyalty to his opponent. In such an ambiguous situation, it's hard to decide who you can trust with your precious top-secret documents, which must not end in enemy hands. Each player plays cards face down on his side of the gameboard. It is therefore a bluffing game, but it is also, as one can expect from a collaboration between Ludovic and me, a deliberately chaotic and often uncontrollable game