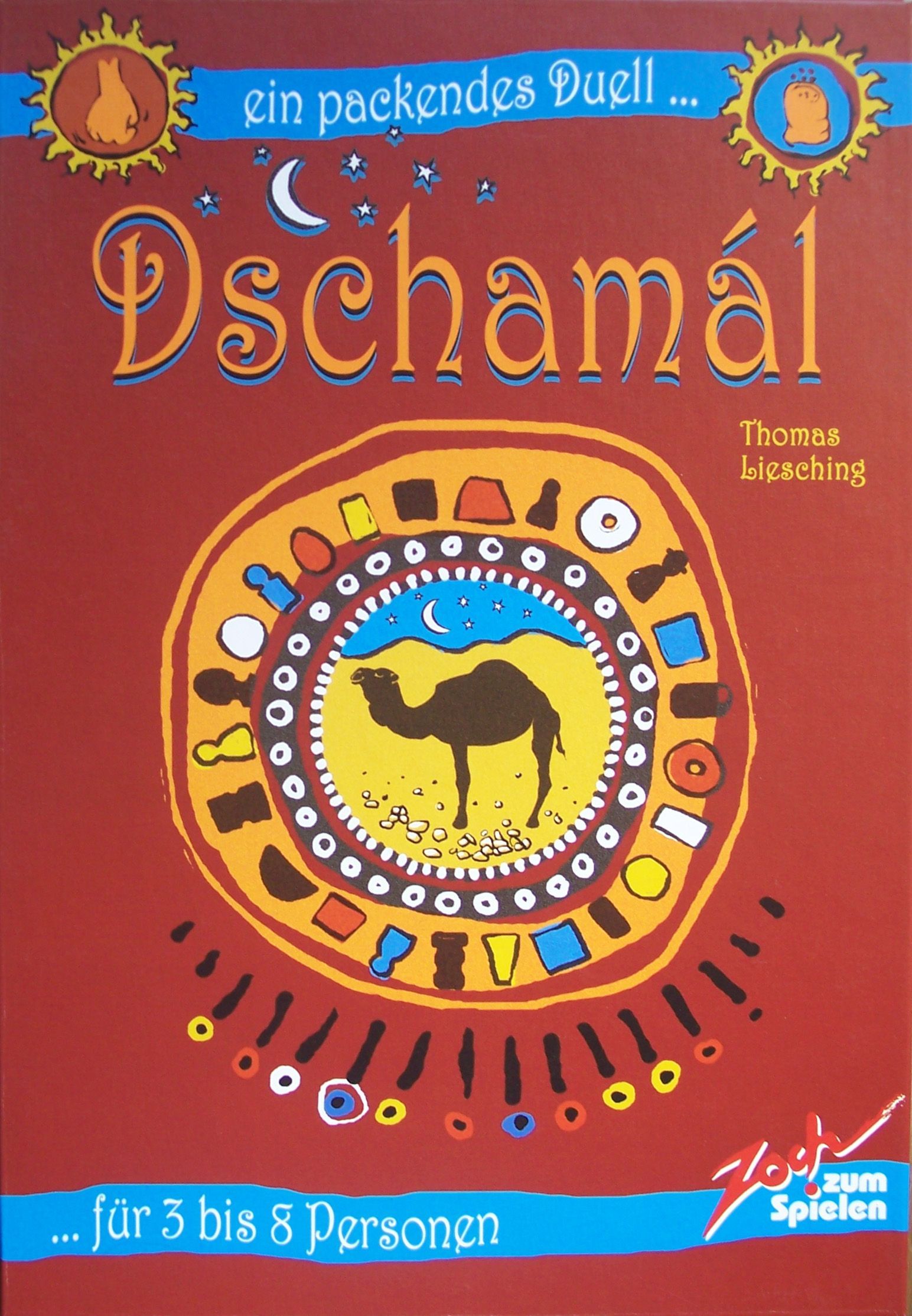 Released in Essen 2005. Dschamal offers four variants on a simple game of feeling in a black sack for oddly shaped wooden pieces. Not gentle, relaxed feeling, oh no. This is dog eat dog, fight like animals feeling, as two players each thrust their hand into the sack to grab a piece before the other. The rules call it a duel, and a duel it is! As the crowd watches the very entertaining spectacle of people trying to feel a shape without looking in, pulling the bag back and forth, and trying not to pull out the wrong shape, or a black shape, or to grab the camel piece and slam it down shouting "I'm the camel!", they get to decide if players have cheated or failed the task. It's a very aggressive but fun game. First player to seven pieces win. The rules are suprisingly complex though, with several What If variants that you have to run through to understand all the possible outcomes. The other three games in the rules offer variants on what to do with the pieces, such as build a tower, but it's essentially still a duel. Along with Bausack and Bamboleo, Zoch seem to have cornered the market in oddly shaped wooden pieces. Dscahamal is nicely made and fun, but you may tire of it quickly, both physically and mentally.