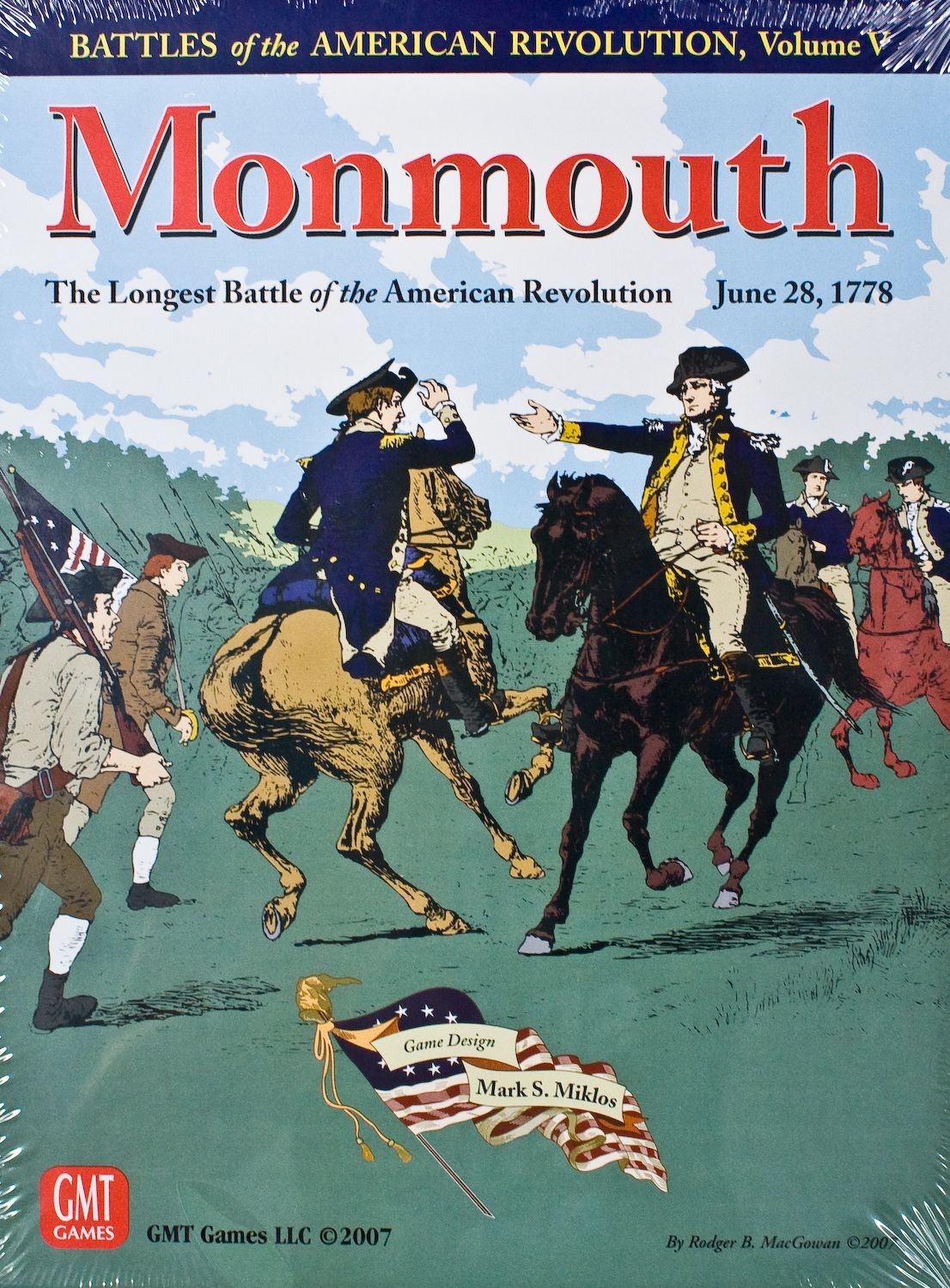 Battles of the American Revolution Series: Volume V At Monmouth Courthouse in east-central New Jersey, General Washington's Continental Army came of age. Leavened by their experiences during the winter encampment at Valley Forge, the Continentals would give as good as they got on that sweltering mid-summer's day: June 28th, 1778. Includes interesting rules that add historical context such as: --Lee's terrible command leaving some American troops following random orders --Washington arriving one-third of the way through the battle to relieve Lee --Generals on each side with varying degrees of skill, many limited to commanding only a few troops --Molly Pitcher, who rallies a single American artillery unit and then is attached to that unit throughout the rest of the game --Variable reinforcements