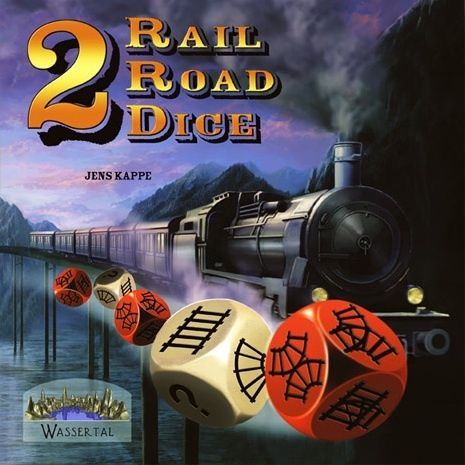 The sequel to Railroad Dice simplifies the game concept of the original, but still gives players the ability to build track made up of dice, and transport passengers. On their turns, player may roll dice, build track, purchase engines, or transport passengers. Players are only restricted on the dice-rolling phase; all other actions may be repeated until resources and/or money run out. An online tutorial exists to help new players learn the game. The English rules are notoriously vague, and the tutorial is recommended for anyone new to the game (dated Oct 2005). The game comes with the original "simple" single-track dice and new orange "complex" dice with only multi-track options (these are different than the Railroad Dice: Crossing die that was given away at Essen 2004). It also includes an expansion company tile and shares to be used with the original Railroad Dice.