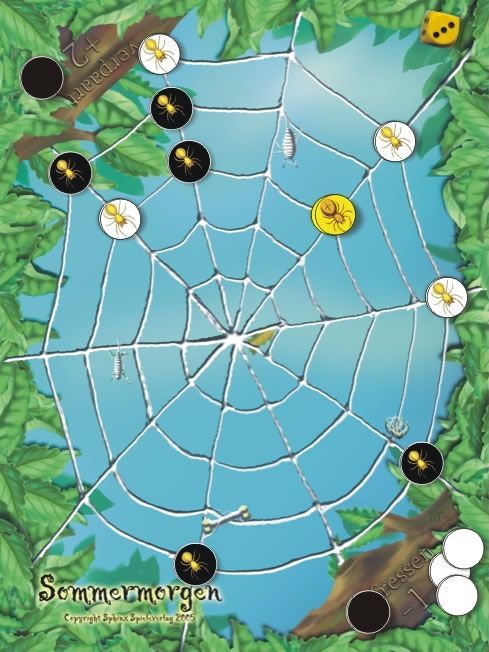 Spinnentwist (Spidertwist) is a 'love' game. Each player tries to bring 10 male spiders to a female. The goal of the males is to mate with the female (who owns the web). The males must move very carefully, though. A single wrong move and the male ends up in the stomach of the 'love-hungry' female. And when a male makes such a mistake, it lets the others move about without fear for a short time while the female’s hunger is satisfied – a chance to move closer to the female without being noticed. Spidertwist is a tactical game with simple rules that gains special attraction from the fact that the goal of the game is also the source of the danger. Two different webs (game boards) allow various starting configurations of male spiders and promise much enjoyment over many games.