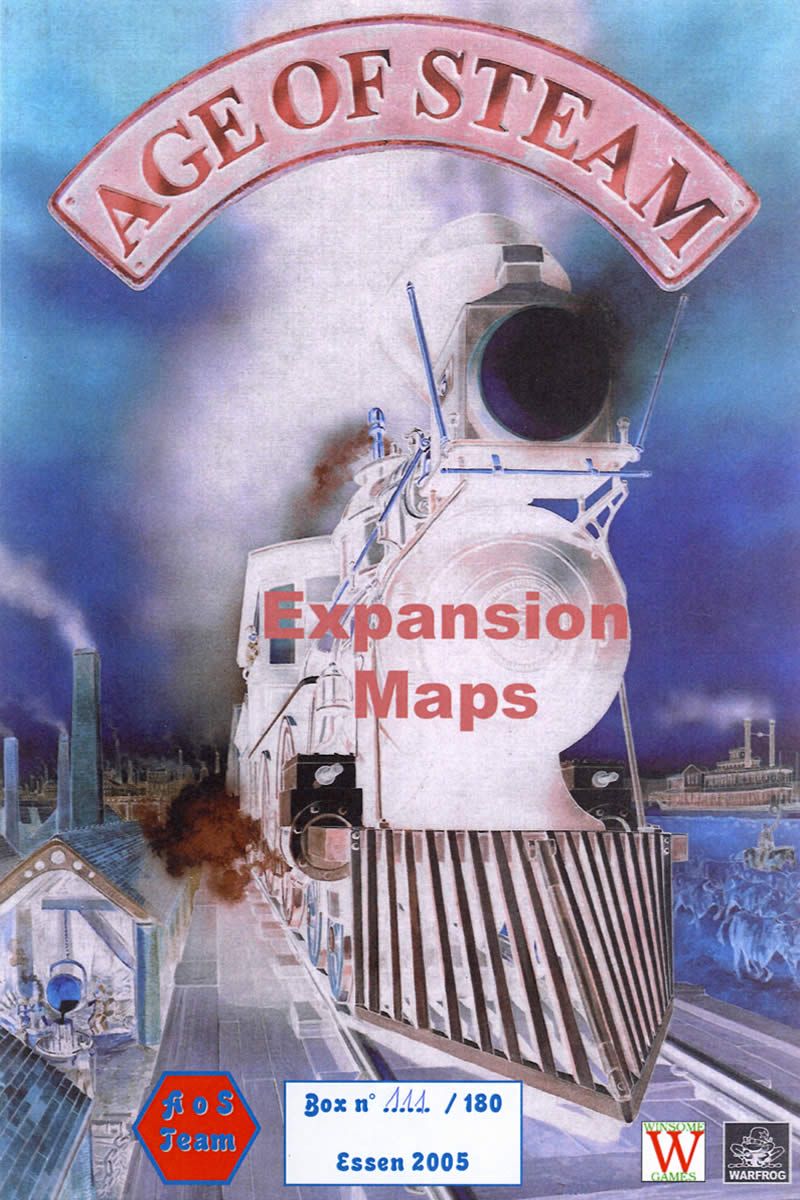 Age of Steam: The Moon is a fan-made expansion for Age of Steam that presents players with an extremely challenging map set on the Moon in which half the cities are always black and the track can be built off one side of the board only to appear on the opposite side. The Moon expansion was first released in a paper-only version of 180 copies for Essen 2005, with it being packaged with Age of Steam Expansion: Reunion Island in a special box. In 2007, AoS: Moon was reprinted as the flip side to Age of Steam Expansion: Mars â€“ Global Surveyor with a print run of this second edition of 100 copies. In 2011, it was reprinted in a larger print run as part of Age of Steam Expansion: Moon and Berlin Wall. In 2014, AoS: Moon was printed once again, this time in a 100 copy edition with a steampunk look and a small satellite expansion that delivers new cubes for players to move.