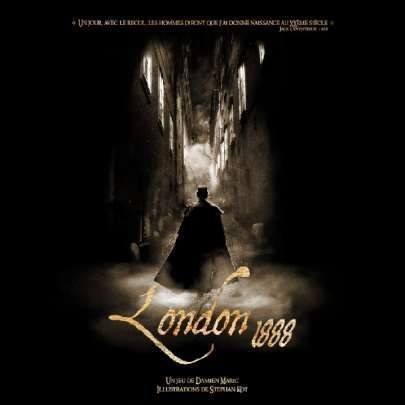 Jack the Ripper has just commited his first two murders. Now, the chase is on. Will you be fated to catch the most famous serial killer in history, or will be fated to save him? The game is played over three phases. The first phase finds players searching for weapons, items, and clues about Jack's true identity. In the second phase, players will discover the roles they will be playing in the drama to follow; either they will be working on the side of justice, trying to capture Jack, or they will be aiding his escape. The third phase will have the players teamed up based on their objectives. The rest is history... or is it? Expanded by London 1888: Whitechapel