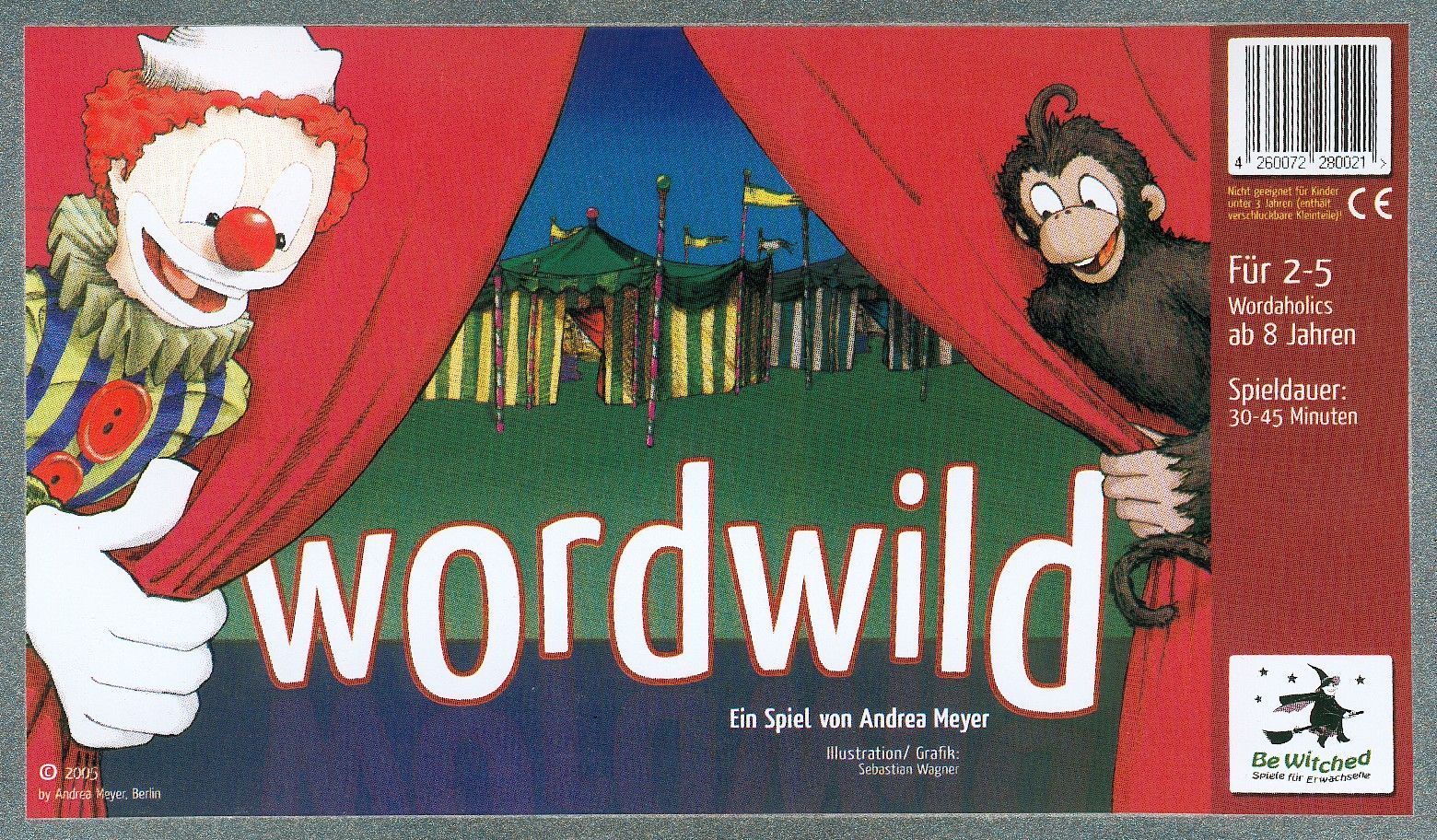 Launched Essen 2005, Wordwild is a wordgame with a speed element. The game comes in a tin box and contains: 224 cards, wooden pieces, 1 plastic chip and rules. The game is designed in German and English. One deck has German and English topics, such as Clothing, Holidays, Politics, Ancient Egypt and so on. The deck is written in German and English. The other deck has some letters to start a word and some letters to end a word. So a card might have PE... and ...ING, or it might have T... and ...E and so on. Players have six of these cards face-up in front of them. Three of the Topic cards are dealt up for all to see and then a letters card is turned up. As quickly as you can, you make a word fitting one of the topics, starting or ending with a card in your six, and starting or ending with the table card. That is, if you use one of your cards to start a word, then you use the ending from the table card. Or the other way round: if your word starts with the table card, then you use an ending from one of your six. The game has two decks for the letters, one in English, one in German. That way, you get the right kind of starting and ending letters to suit your language. Players put markers on the Topics with a correct choice, and flip their card they used (worth one point), and draw a fresh table card. When any Topic card gets a third marker, that player gets the Topic card face down (worth three points) and a fresh Topic is drawn. When any player is down to one letter card, there's a special speed round, then the players reset their cards. The game ends after the third speed round. It is a simple game idea and yet very challenging to find words and then find how to fit them to the letters available. But after a while, you can get into the flow and the game moves very quickly.