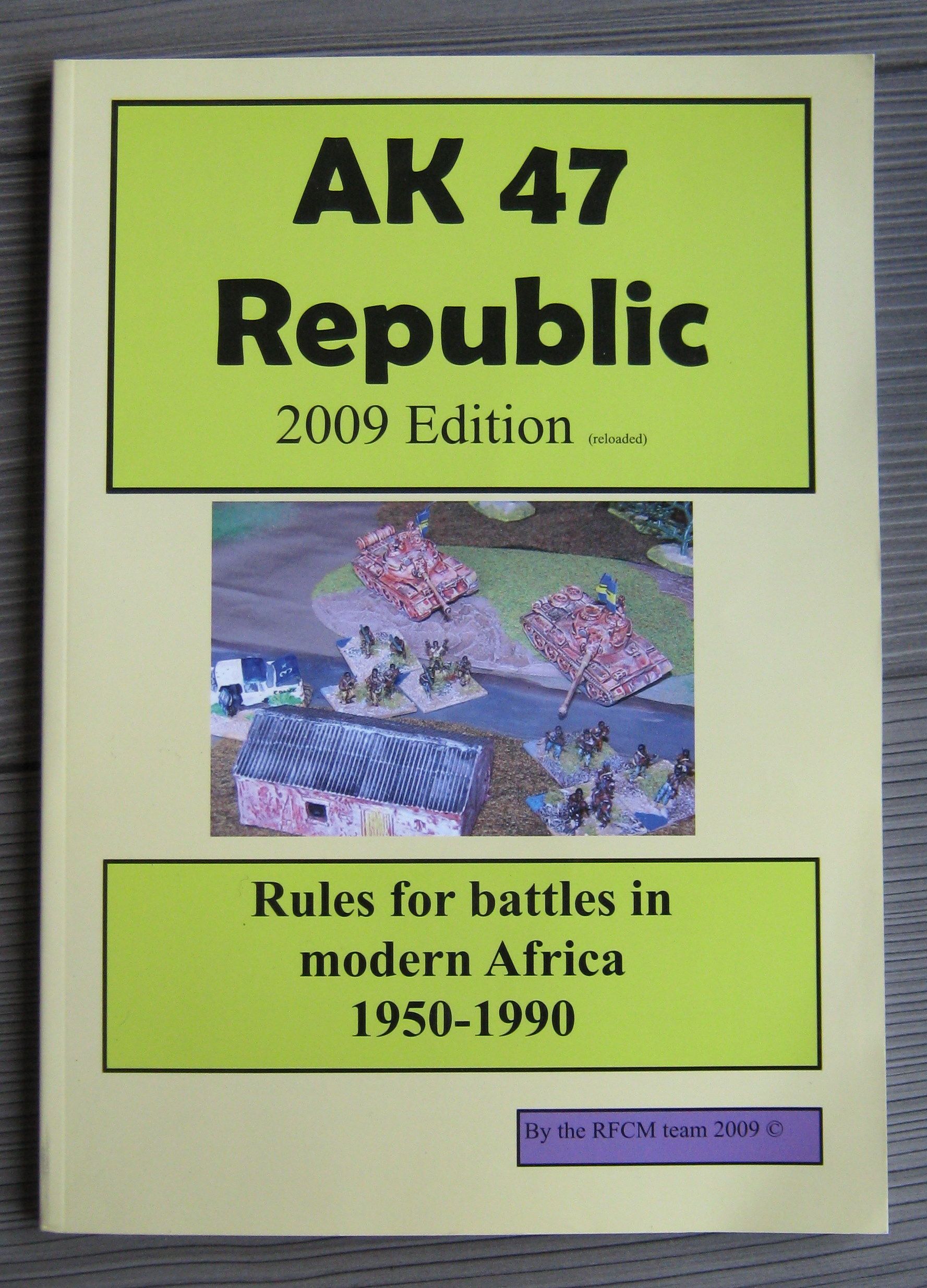 Rules for 15mm figures portraying "warlord-level battles" from the fifties through the eighties. Players create their own third-world nation--there's a random generator for creating your country's flag and name--buy units for it, and send it off to fight. A later supplement adds more political complexity--rather than a warlord nation, you can play a corporate army, insurgents, a US intervention force, a mercenary army, Israelis, Syrians... The game itself is quite simple, and the primary attraction of the game is "roleplaying" as the leader of your forces. Units may be Professional, Regular, or Militia (costing progressively less), and each unit may contain widely varying types of troops. It is all quite irregular, as befits the subject.