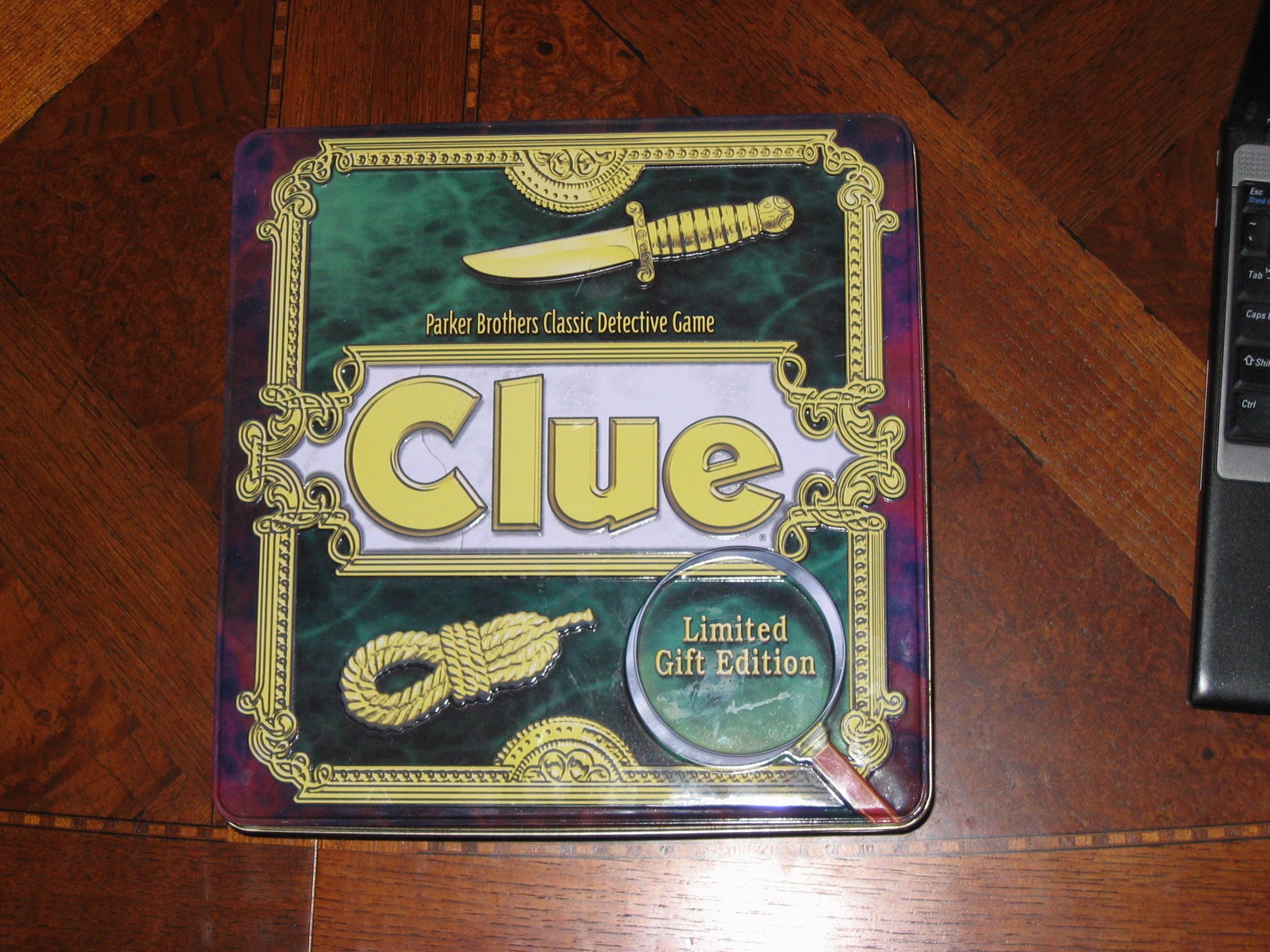 This version of Clue was the first limited edition, released by Winning Moves in 1997. It came in a tin box with appropriate holders for its other contents, which included Pawns and a Die, Cards, Murder Envelope, Weapons, Notepads and Notepad Holders. Each board was individually numbered and contained many special features unique to this edition. Among them were a laminated board and laminated cards, along with taller wooden pawns than usual with brass bases and solid brass weapons. Included in the weapons was the Poison Chalice, a special edition enhancement to the game. The Notepad Holders are also unique to this edition, though the 50th anniversary edition creates a similar design incorporated into an invitation.