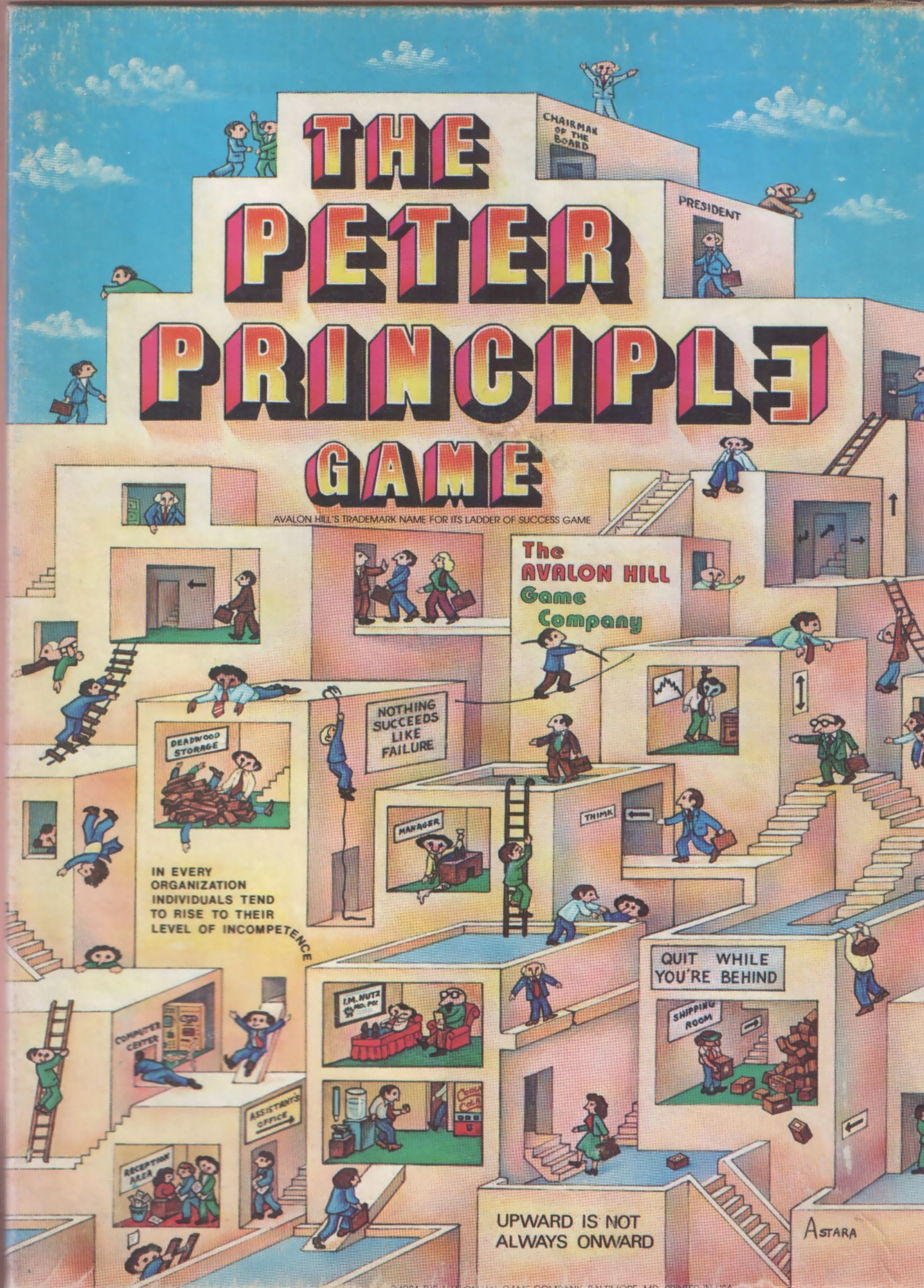 This game was published in the wake of the best-selling success of Dr. Peter's book "The Peter Principle" (oft-quoted as "In a hierarchy, every employee tends to rise to his or her level of incompetence"). In it, the players, employees of a huge corporation, compete to avoid promotion and remain competent (by taking more "right" decisions than "wrong" ones). At the same time, each tries to force the others into promotion or into "deadwood" status (which happens by accumulating enough wrong decisions and being found out). The last player still alive and competent is declared the winner. The game was originally published by Skor-Mor in 1973, but the 1981 AH edition is much easier to find. Skor-Mor published 3D puzzles and games in clear plastic such as Chess in the Third Dimension and a 3D Tic-Tac-Toe called Trinary. It disappeared in the early 1980s. A related game, theme-wise, is AH's Bureaucracy.