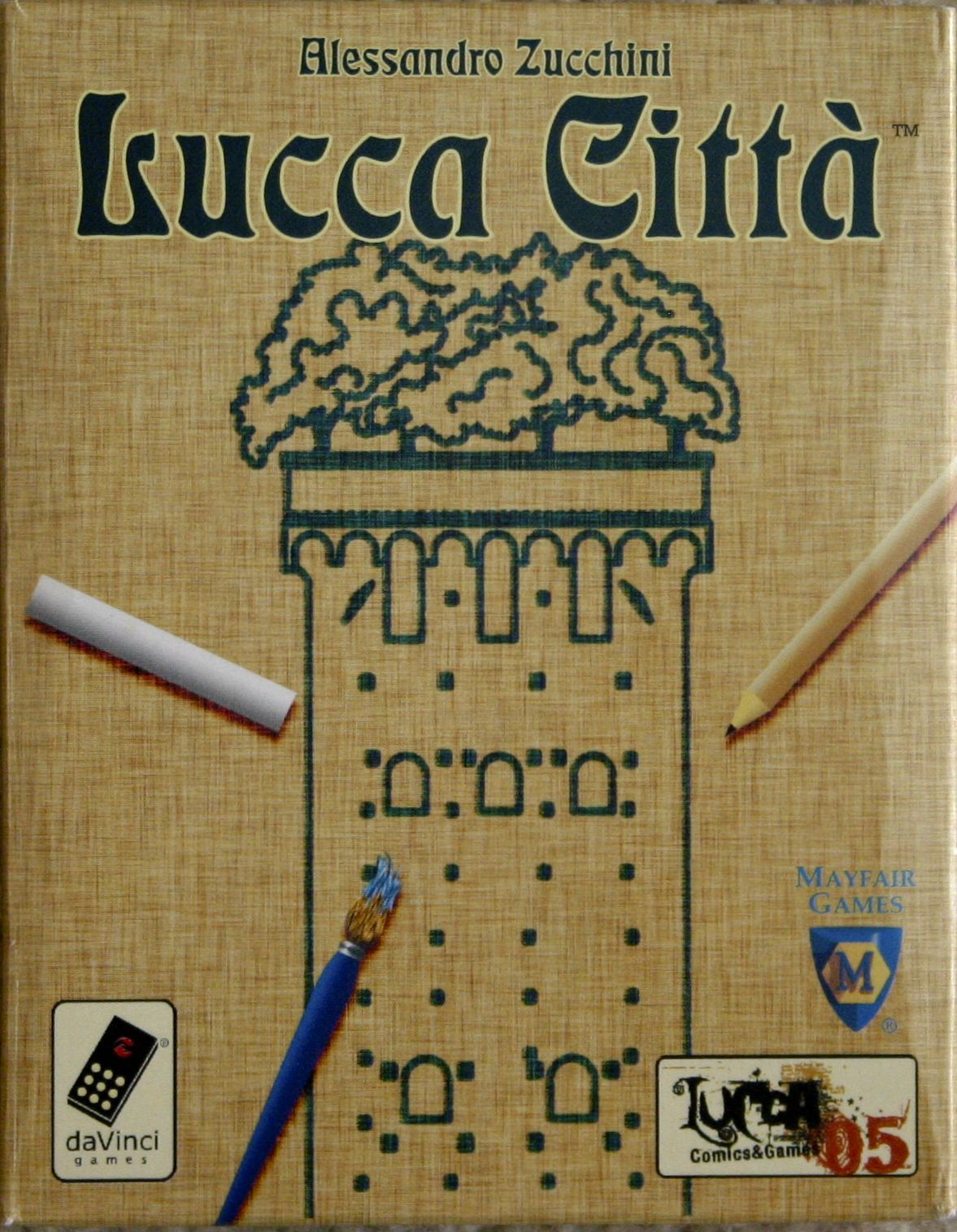 From the publisher: This game has been published by dV Giochi as a reward for winning the 2004/2005 edition of the Gioco Inedito – Best Unpublished game contest. Powered by Lucca comics & Games and dV Giochi, the contest aims to identify the best new card game design from all prototypes received and to reward it by publishing the game in a fully professional and high-quality format, overseen directly by dV Giochi. All prototypes submitted must conform to the technical and style requirements, fixed components and a given theme which changes every year. Everybody can join the contest and this is a great opportunity for emerging game designers to see their idea published. The theme of the award was “Cities and Walls;” Lucca Città won, and daVinci is proud to introduce it to the public. It features a deck of 110 cards, divided in 96 Palace parts, 4 towers, 5 Coat of Arms, and 5 Quarters. Each player belongs to a Quarter and tries to increase his family’s fame by building palaces and walls and by giving parties in the completed palaces. During his turn, the player chooses a triplet of cards from the table and uses them to build his buildings; resources and time are very limited, and you need careful planning and master play in order not to have at the end of the game too many unfinished palaces, have lots of parties and... be the winner!