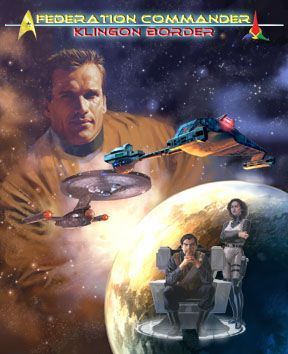 From the designer of Star Fleet Battles, Federation Commander is the fast moving game of starship combat in the Star Fleet Universe. Mounted game boards, laminated full color ship control cards and gorgeous full color counters highlight this re-imagining of the Star Fleet Universe with 21st century production values. This was the initial product for Federation Commander, and was the original base set. There are other base sets and expansions for the Federation Commander Series. Much effort has gone into streamlining the game - there are 8 impulses rather than 32. One die roll allocates up to 10 points of damage, rather than 2 dice per damage point that strikes the ship. Color coded charts and ship cards reduce the mental overhead of remembering what goes where. Gone is the tax form of energy allocation, replaced by a free flowing dynamic "on the fly" power allocation system. Maneuver has had countless special cases removed and streamlined. This is not an introduction to Star Fleet Battles, but a re-imagining of starship combat in the Star Fleet Universe, redesigned from the ground up to appeal to a wider audience and reduce rules lawyer-ism. Included in the rules are the 'free form" (hexless) movement rules that have been in use for years; the hex map is scaled for miniatures bases, and the game is designed to be easy to port over to miniatures adaptations.