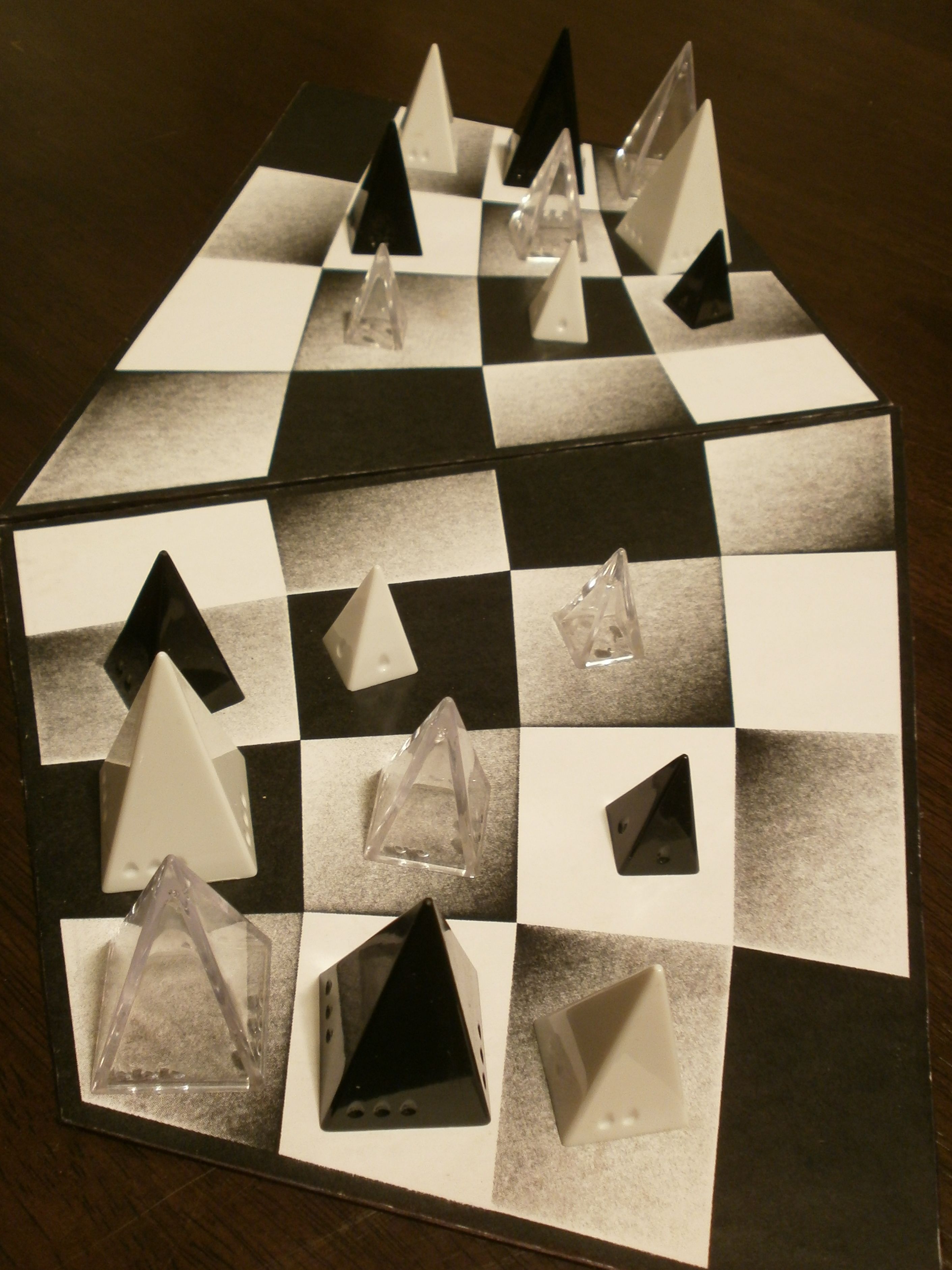 Martian Chess is a 2-4 player game that uses Icehouse pieces, requiring one stash per player, and a chessboard. It was one of the games included in Icehouse: The Martian Chess Set and Pyramid Arcade. Much like its namesake, Martian Chess is a game of capturing pieces. Like Chess, Martian Chess is turn based, and played on a chessboard. In both games, players move and capture individual pieces, and each type of piece has distinct moving rules. However, Martian Chess differs from Chess in critical ways: Piece ownership is determined not by color but by location. Instead of capturing a specific piece, winning is determined by points, making it possible to force the end of the game and still win with no pieces left in that player's control. Lastly, Martian Chess easily supports 4 players as well as two, and can also be played with 3, 5 or 6 players if you use geomorphic chessboard sections; see this photo for an example.