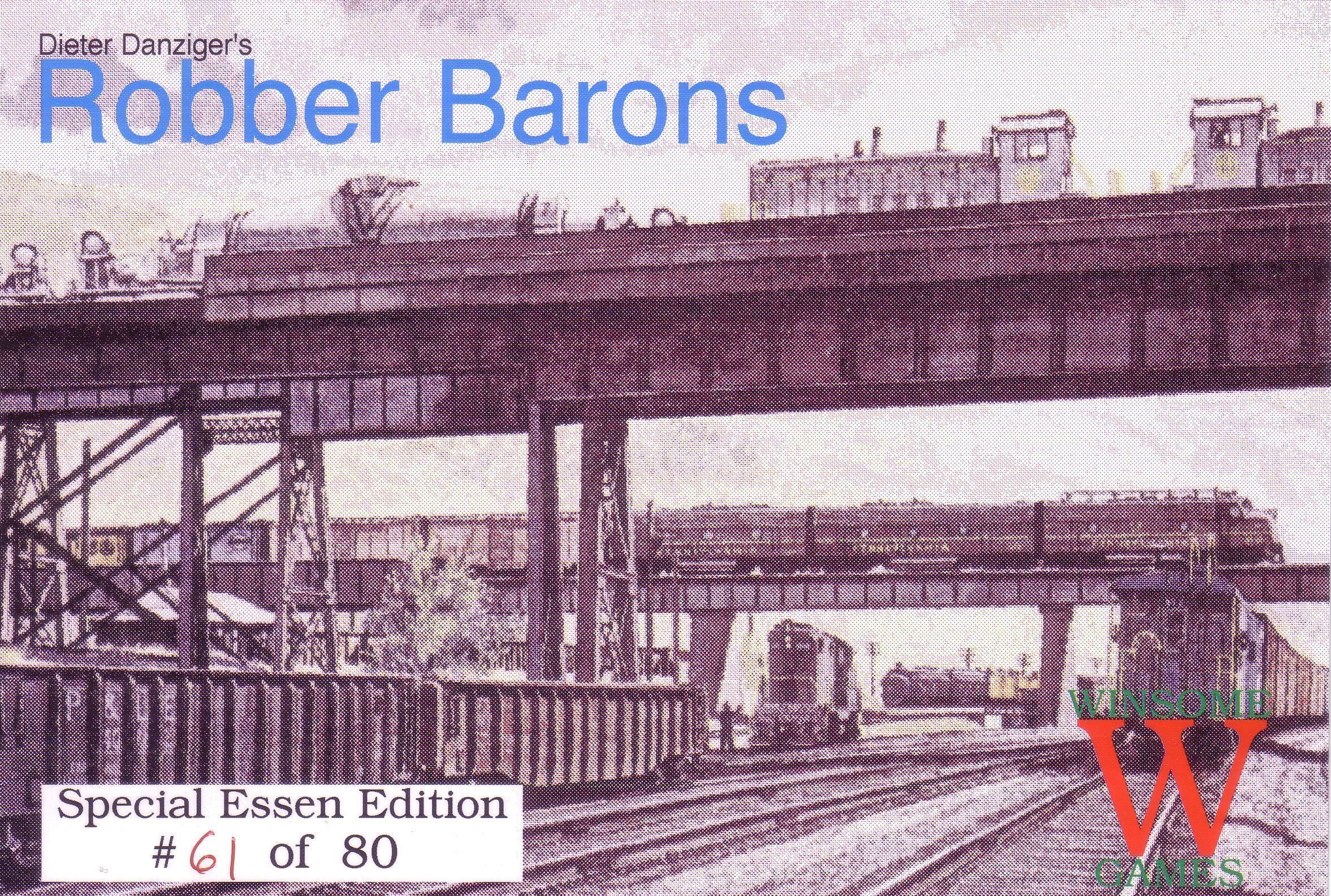 Robber Barons was the only full game from the 2005 Winsome Games set (it also included some Age of Steam maps). It is the 3rd railroad game designed by Dieter Danziger and published by Winsome, after Union vs Central and Lokomotive Werks. The game is played in segments with 3 rounds per segment. At the beginning of each segment, 1 route card per player is turned face up. During each round players may either take one route card or place two cubes. Turn order is reset for each round, with the player with fewest VPs going first. Players accumulate VPs according to the size of their railroad network(s) and by playing their route cards. The game ends at the end of a segment where one of the players has accumulated at least 100 VPs. Robber Barons has some luck, with timing of route card plays being the most important factor, followed closely by strategic railroad building. The game includes two maps and route card decks, allowing the game to be played on US or a German setting.