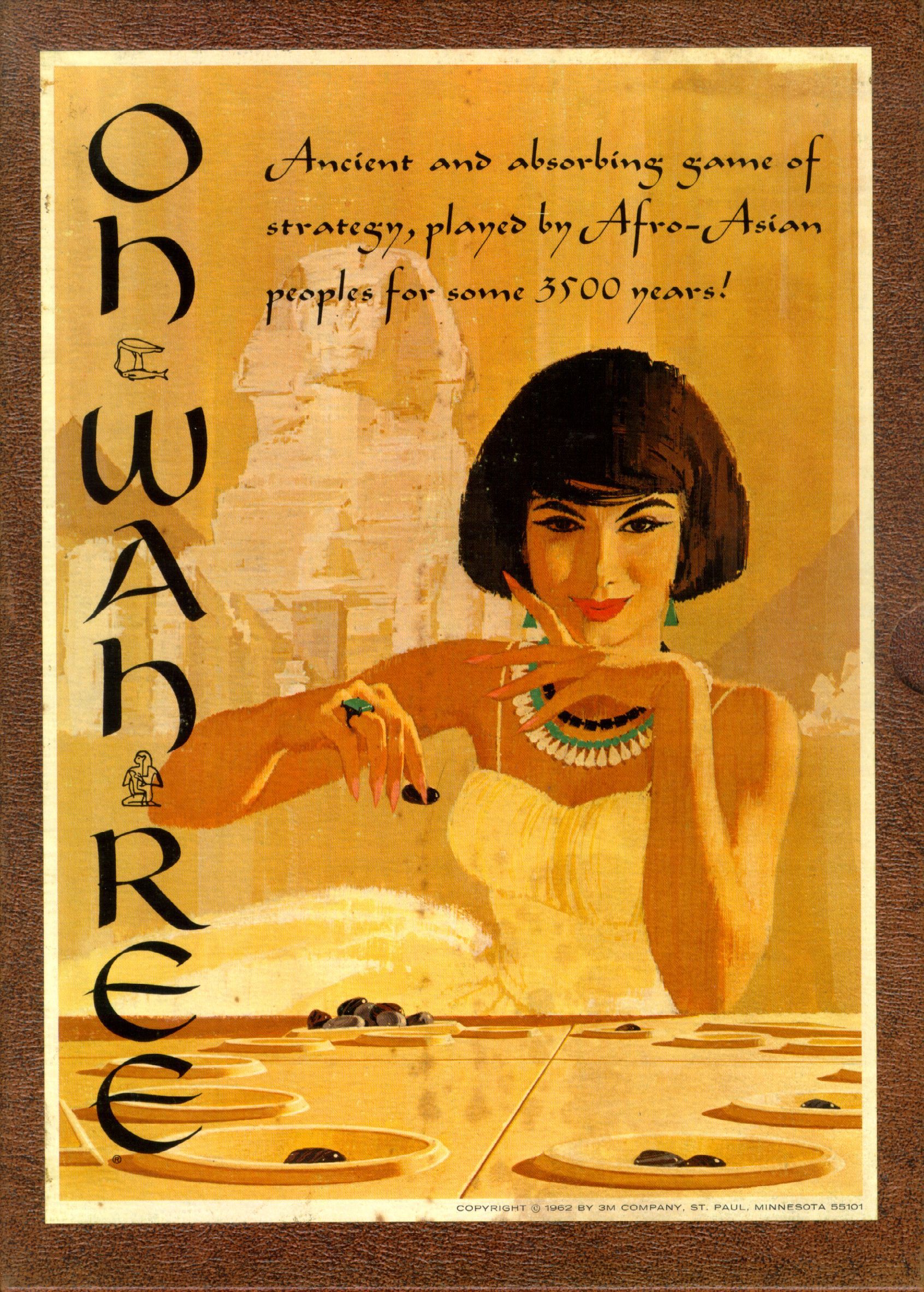 Part of the 3M Bookshelf Series later acquired by Avalon Hill. From the box: It takes a fascinating game to live on for 3500 years, and to have devotees in nations all over the world. Such a game is OH-WAH-REE, now available in a special edition to suit modern tastes. Like other historic games, OH-WAH-REE appeals to players of all ages; children love it as a fast-moving game of pebble and pit action and capture; adults, playing in another dimension, enjoy it as an exercise in long-range planning and execution. OH-WAH-REE can be played by two, three, or four players. The contoured fold-away board, pebbles, markers, and instruction folder go into a handsome case which fits easily on any bookshelf. This is a Mancala game with additional rules to allow play for up to 4 players. The players mark their pits by placing a colored marble in a hole next to the pit. The pebbles are genuine stone pebbles that have been tumbled to make them smooth.