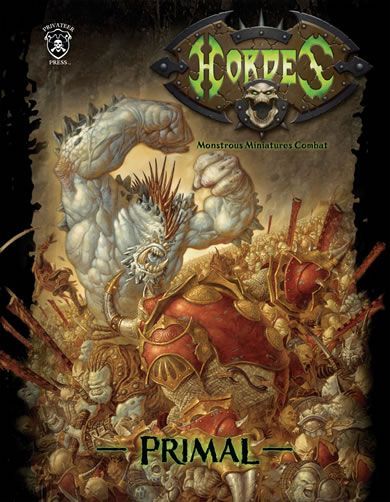 Hordes can be viewed as either an expansion to Warmachine, or a totally separate game using the same system. Either way, it contains four new factions and is based on the same system. It is 100% compatible with Warmachine. Rather than the steampunk theme of Warmachine, Hordes focuses on the more primitive tribal powers: Trollblood, Skorne, Legion of Everblight, Circle Orboros, Farrow (pig-men) and Gatormen. They wage war with great warbeasts in place of warjacks and, instead of warcasters, have warlocks that draw power from their beasts.