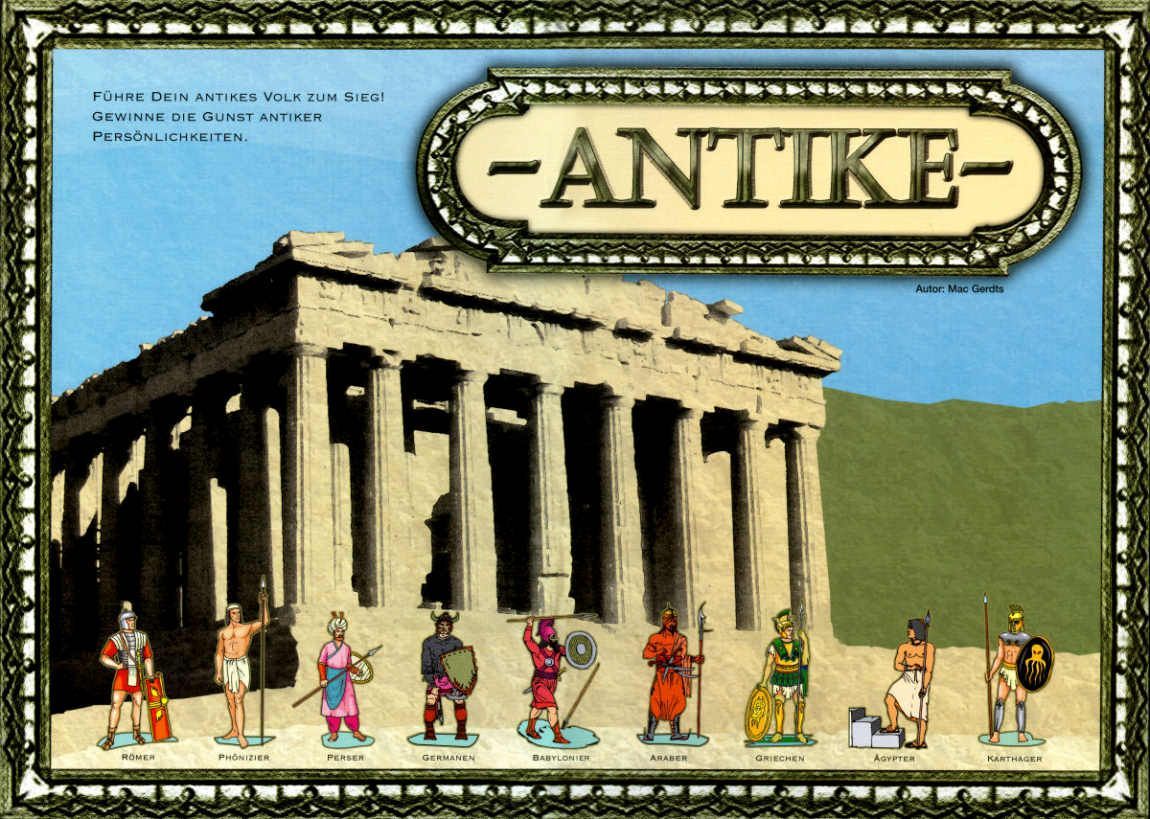 From the publisher's website: Antike is a challenging strategy game about evolution and competition among ancient civilizations. Ancient nations create cities, build temples, sail the seas, and discover new principles of science and technology. Their legions and galleys open new settlements and defend their people against attacks from their enemies. Two scenarios can be chosen as the game board is two-sided. Players choose from Greeks, Romans, and Germanic tribes and Phoenicians, Carthaginians, Persians, Arabs, Egyptians, and Babylonians. Every nation tries to win ancient kings, scholars, generals, citizens, and navigators for themselves. The nation that acquires a specified number (depending on the number of players) of ancient personalities first will win the game! Lead one of these nations to victory! But watch out for your enemies, as they will want to conquer your cities to destroy your temples. The game depends not on the luck of dice or cards, but on thoughtful plans and skillful diplomacy.