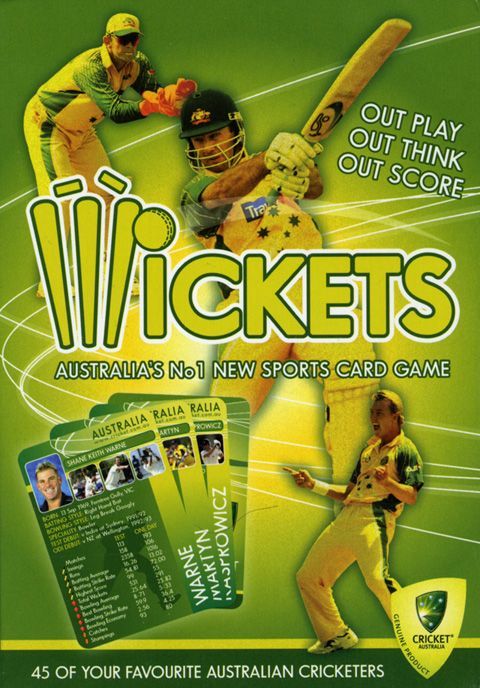 [From the Manufacturer] Wickets is the first game in the country that combines someone's love of Cricket with a statistical based card game. It is designed to encourage a greater understanding of the game whilst still being fun to play. The game is licensed by Cricket Australia and The Australian Players Association and includes all your favorite players of the last 10 years including present players like Ricky Ponting, Adam Gilchrist, Shane Warne and Brett Lee as well as old favorites such as Boony, the Waugh brothers, Big Merv and Marshy. The concept of the game is to out think, out wit and out score your opponent by picking the best statistic of the players that you have been dealt and then hoping that your opposition doesn't trump your call. However Wickets has been designed so that anyone with little or no knowledge of Cricket can pick up the game and start playing and learning immediately. Wickets is also a great educational tool that not only helps improve children's memories but will aid in their development of communication and social skills. And the parents love the game because it can be played as a family unit away from computers and TV's.