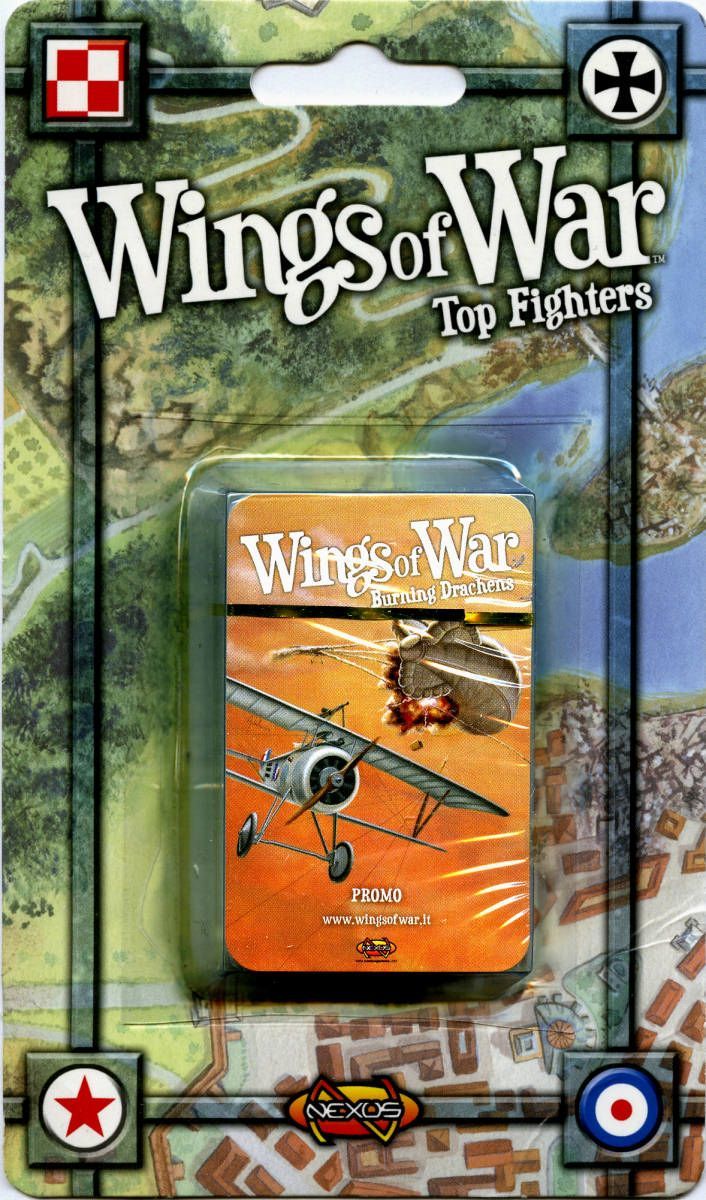 Each Wings of War Booster Pack includes a set of 70 new cards (half the cards normally included in a complete set of Wings of War) which expands on the existing games and allow the players to fly 2 additional planes. With the Top Fighters booster pack, the Fokker D. VII and the Sopwith Snipe are added to the game, and each of these planes (included in the blister in multiple color schemes) will fly to the battle with a new maneuver deck each. The cards will feature several planes from the Russian Civil War and other post-1918 conflicts in Eastern Europe. Also included in this set are the airplane cards for the Breguet BR.14 A2 and the Nieuport 23, plus a Bolshevik Sopwith Camel. A Wings of War Booster Pack is not a complete game. The Top Fighters requires either Famous Aces or Burning Drachens. Part of the Wings of War series