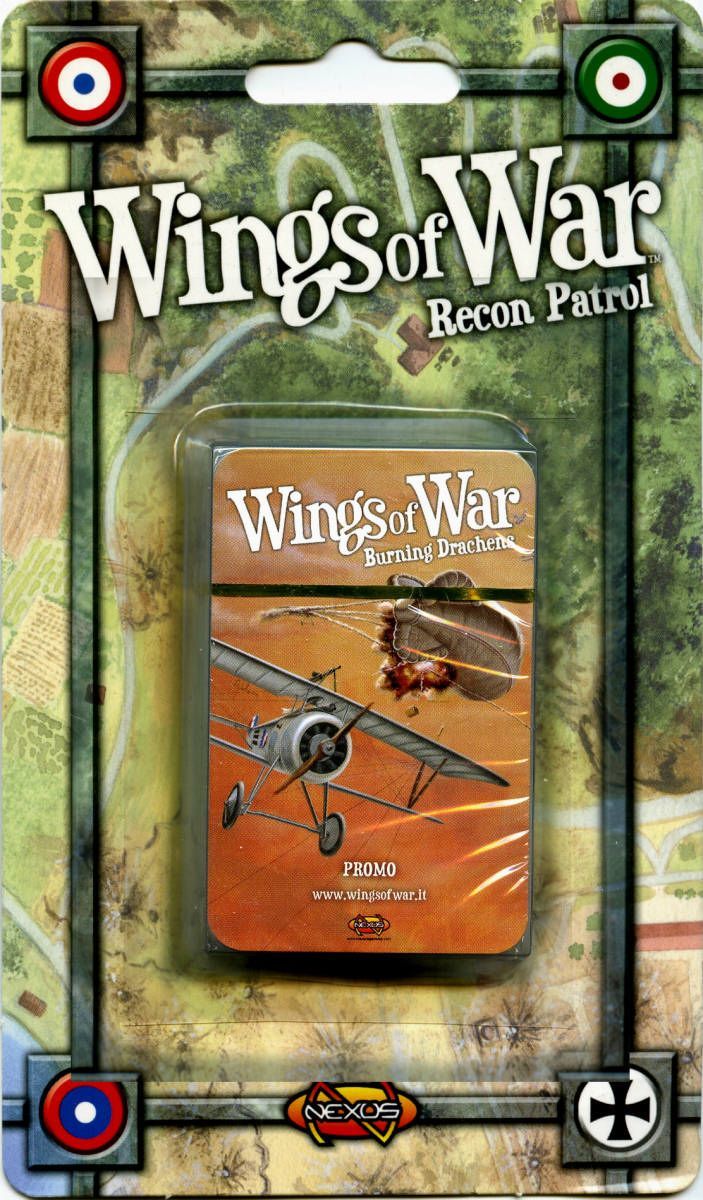 Each Wings of War Booster Pack includes a set of 70 new cards (half the cards normally included in a complete set of Wings of War) which expands on the existing games and allow the players to fly 2 additional planes. In the Recon Patrol booster pack, two of the most popular planes from the Famous Aces return, the Fokker Dr.I and the Sopwith Triplane (using the "D" maneuver deck, included in the set). But many new airplanes are also included, such as the Breguet BR.14 B2, LFG Roland C.II, RAF RE 8, Pomilio PC, which use the new "K" maneuver deck (included). The pack adds to the game air forces like the Australian Flying Corps and the Turkish aviation from the Greek-Turkish war (1919-1922). A Wings of War Booster Pack is not a complete game. The Recon Patrol Booster Pack requires to play a Wings of War game set containing a B damage deck (Watch Your Back! or Wings of War: Deluxe Set). Part of the Wings of War series