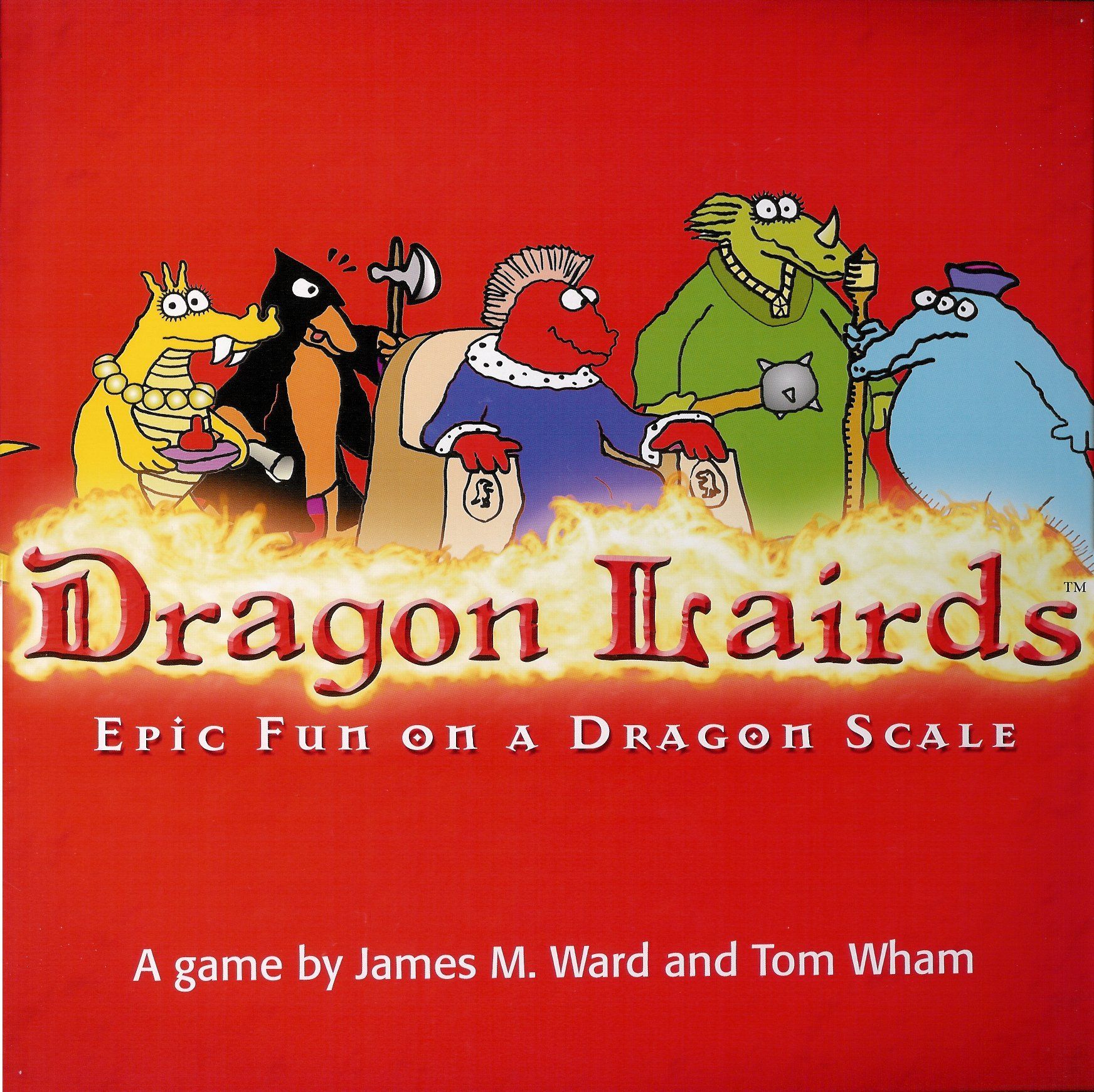 In this cousin of Saint Petersburg, each player represents a monarch dragon clan, and attempts to assert herself as the Dragon Monarch by game end, by securing the most Royals (victory points). In order to facilitate this process, players will use their Geld (money) to hire Dragon Lairds (aristocrats) and buy Resources (buildings) and Commoners (peasants). You can use precious Royals (your victory points) to acquire Dragon Havocs, which empower you to do anything from getting extra cash, to stealing things from your opponents. The Havocs tend to be one-shot little guys, however, and are always discarded to the bottom of the discard deck, as far out of reach as possible from those cards that pilfer the discard pile. At the end of each round, you accumulate the Geld and Royals that your acquisitions generate for your clan. At the end of the game, you additionally receive any Finale Royals on cards as end-game victory points. From the Margaret Weis web site: Deep in the heart of an island continent, many years ago, was a long forgotten land of ancient Saureans… Dragons of all sizes and shapes, who had, through the generations tamed the foolish races of men, dwarves, and elves that lived among them. Over the centuries, they refined their techniques and now were trying to gain control over all the surrounding dragon countries. There could be only one Dragon Monarch, but who would it be? At the start of the game, each player is given a dragon clan and chooses to play either the king or queen of that clan. The object is for your clan to score the most points in Royals by the end of the game and thus become the ruling Dragon Monarch.