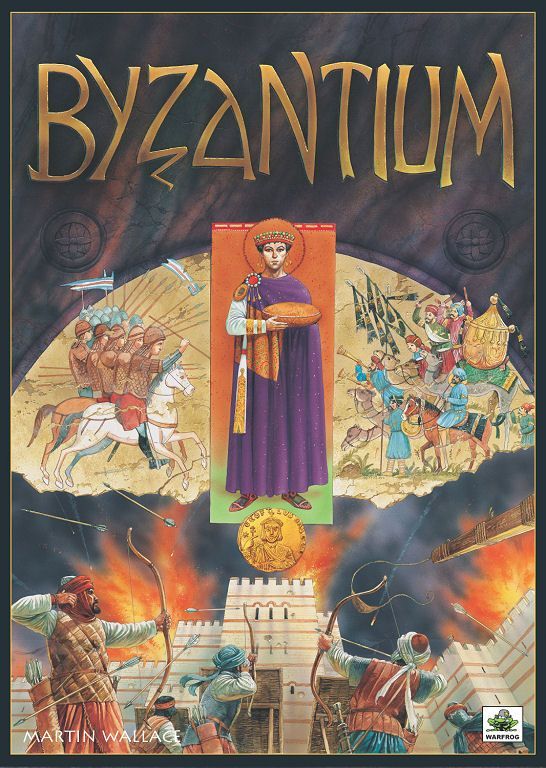 From the rulebook: The year is 632 AD. The Byzantine Empire is all that remains of what once was the mighty Roman empire. She herself has only just survived a mighty war against Persia. Both empires now lay exhausted from their long years of struggle. Meanwhile, further south in the deserts of Arabia, the prophet Mohamed has given new meaning to an old religion and sets the peoples of that land on a course of action which will echo down the ages. Under the leadership of a succession of caliphs the Islamic Arabs are about to descend on the prostrate bodies of the Persian and Byzantine empires. From the box: The game 'Byzantium' deals with the rise of the Muslim Caliphate and its war with the Byzantine Empire. Your role as a player is to take a stake in each side and outwit your opponents to secure your own personal victory.