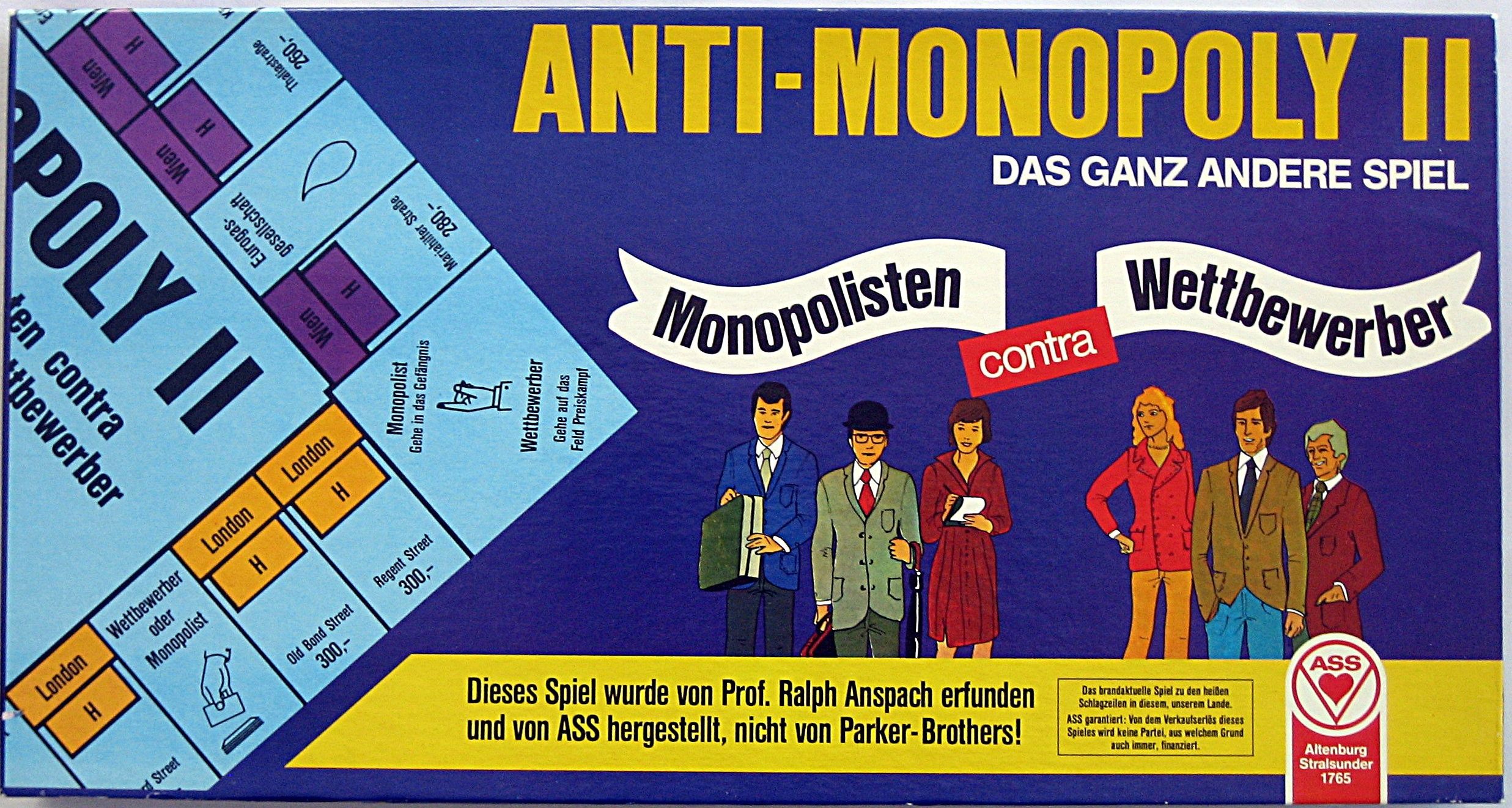 In this game the players follow either the rules for monopolists or those for competitors. Competitors charge fair rents, build as soon as they own a property, place four houses (green) at the most, after which they build a hotel (red) and occasionally go to Price War. On the other hand, Monopolists extort monopoly-high rents from their poor tenants, build only after they have at least two streets of one color, restrict supply by putting only three houses on their properties, after which they also are allowed to build a hotel (red) and occasionally go to prison! The good guys are the small entrepreneurs and the bad guys are the monopolists. Since players do not play by the same rules, fairness is achieved by a win probability equalization technique (which is where the second author comes in). Competitors make more money than Monopolists in the beginning of the game but Monopolists can catch up later, especially if Competitors don't watch their money! The game was first published as "Choice" because Anspach was forbidden to use the word "Monopoly" by the courts. When that was overturned in 1983, the name was changed to "Anti-Monopoly II". In 1987, believing that consumer confusion between Anti-Monopoly and Anti-Monopoly II was harming sales of the latter game, Anspach ceased the production of the original game and removed the "II" from the name of the latter game.