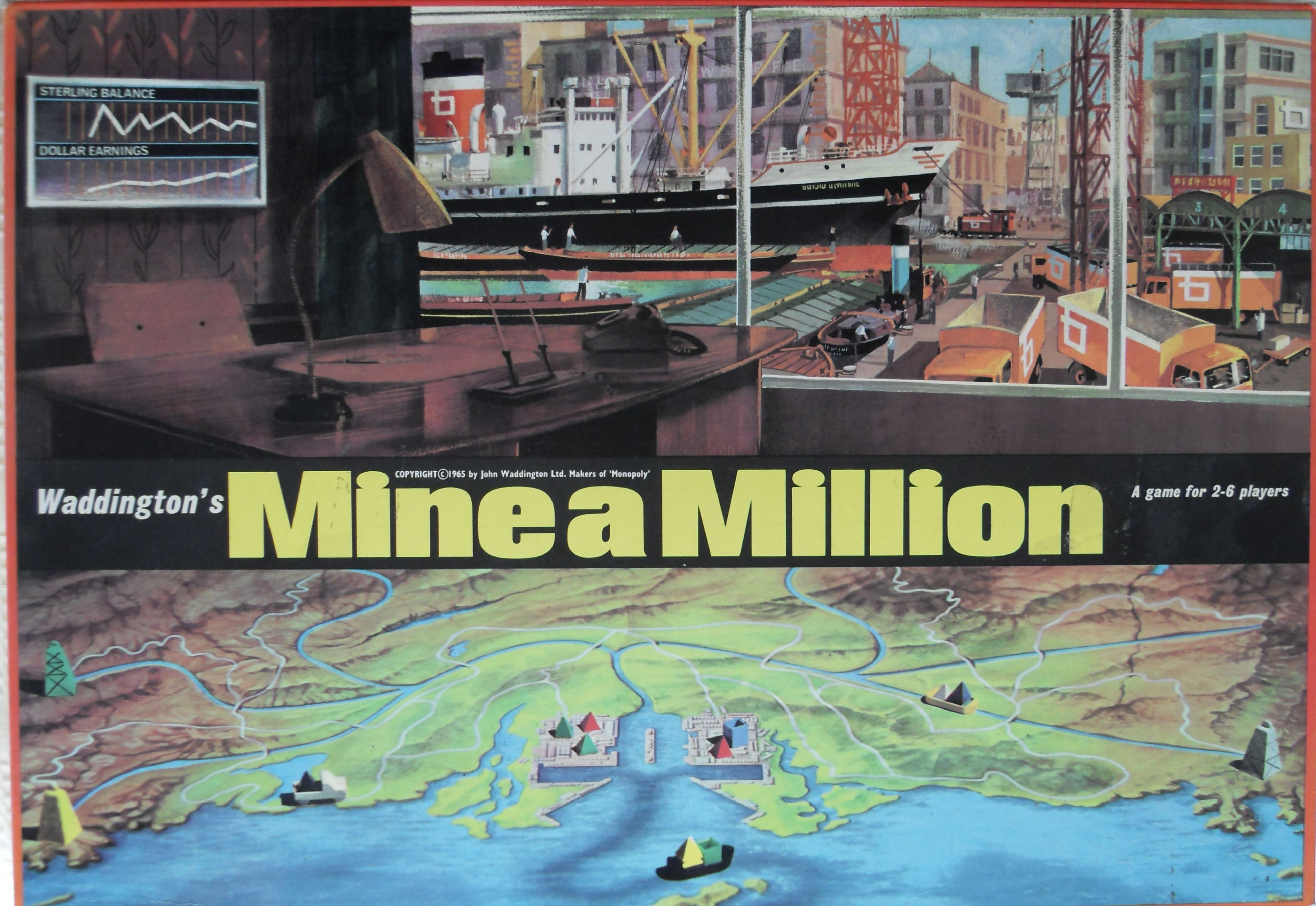 Board of two joined leaves, 12 mine derricks (2 of each of 6 colours), 6 lorries [trucks], 5 barges, 2 ships, 90 pyramids (15 of each of 6 colours), 24 cubes (4 of each of 6 colours), 26 production cards, 6 Canal Company Title Deeds, 2 production debit cards, 1 die, sterling and dollar currency. The players are operating a mine and trying to get the ore to market, but must compete with each other for the limited transportation resources. The ore has to be transported initially by lorries and also later by barges to the coastal warehouse. All transport has to be hired and there is always less transport available than required, favouring those who are prepared to take a risk on achieving a quick journey without mishap. For example there are only 5 barges (always one less than the numbers of players) to encourage competition and load sharing. You can also force other players to pay you for taking their ore to make up a barge load as all barges have to travel fully laden. Much depends on how long a journey takes. New ore can only be obtained by throwing a 1 or a six which also triggers the playing of a production card which can be favourable or not. From the coastal warehouse, barges and ships are used to transport ore out to sea to foreign ports to sell to gradually earn the Million Dollars needed to win the game. The second set of money (dollars) is thus actually a victory point counting device and not actual currency (i.e. it cannot be spent). It works well with any number of players (when playing with a smaller complement, each player operates multiple mines) except five, as the competition factor on one side of the board is uneven with the other.