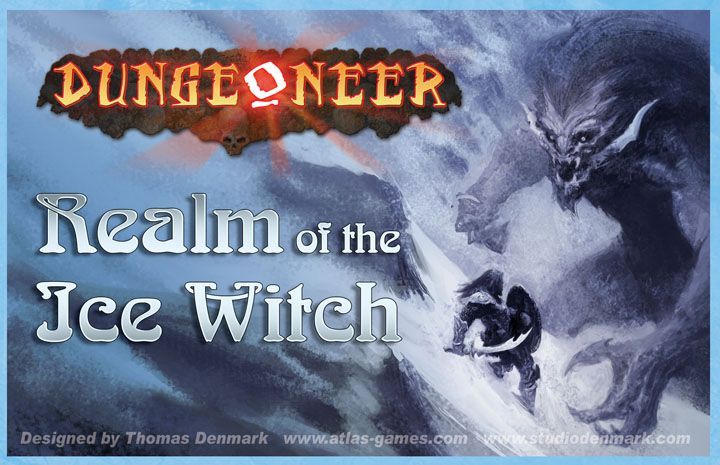 The expandable card game continues to expand, this time into the icy north. Compatible with other Dungeoneer sets, the new arctic-themed set introduces another six characters, plus new quests, items, monsters, and more. From the publisher: Chohzar the Ice Witch has unleashed demons of cold to invade the warm southern lands and wrap them in her icy grip! Only the most hardy of heroes can venture into her frozen realm to stop her before all the world is embraced by her wintery spell! Realm of the Ice Witch features 110 new Dungeoneer cards, including demon-themed monsters and six new heroes for your Dungeoneer game: Yeti Slayer, Ice Runner, demon Hunter, Explorer, Channeler, and Shape Shifter. Part of the Dungeoneer Series.