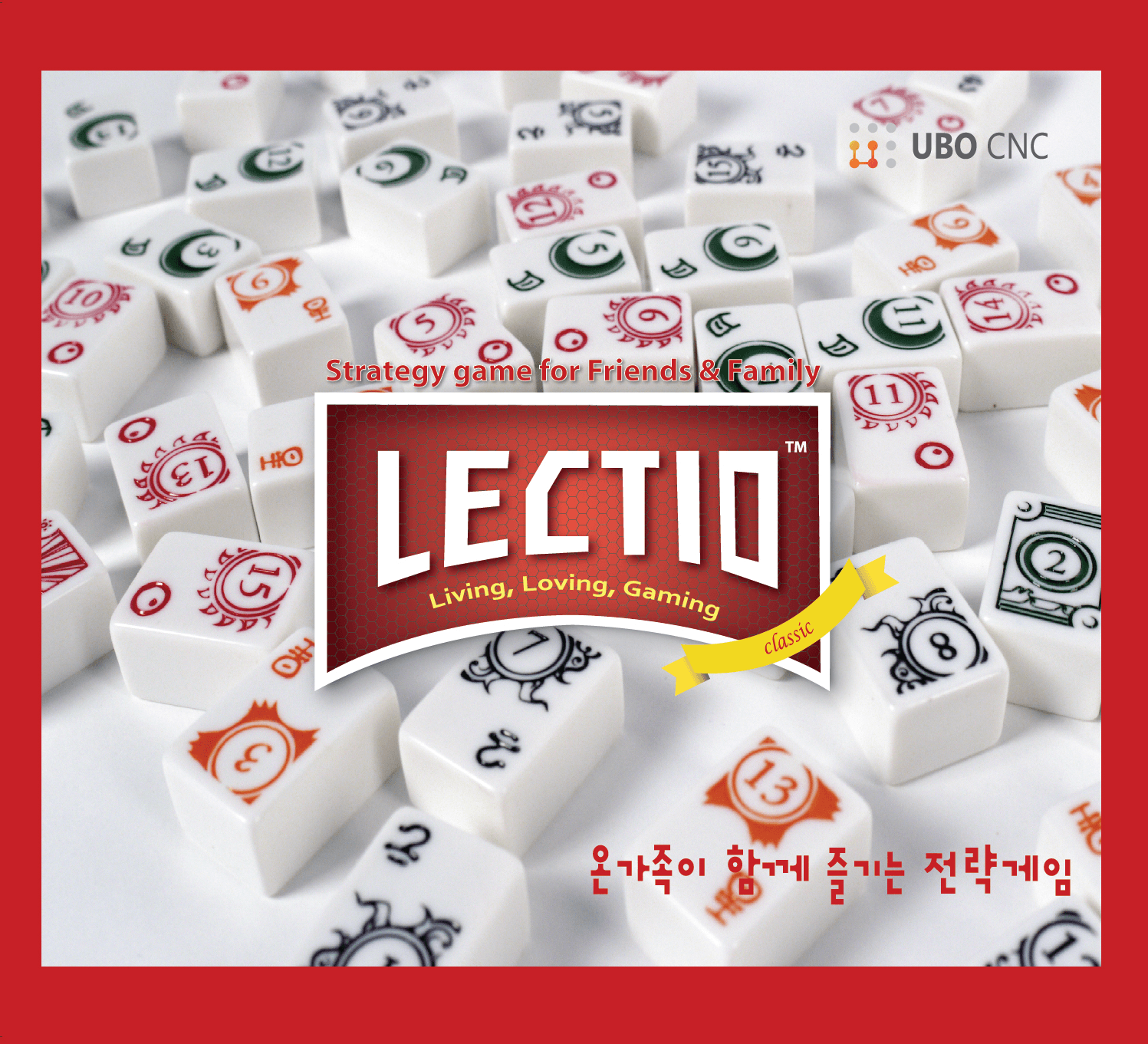 Lectio (previously known as Lexio) is based on the traditional Chinese game system of "Zheng Shangyou" – the climbing game – and is virtually the same game as Big Two (also known as Chinese Poker). Many other card games are based on the same mechanism (The Great Dalmuti, Gang of Four, Tichu, etc.), but Lectio uses tiles similar to those in Mah Jong instead of cards, and they are of excellent construction. In accordance with Chinese tradition, the number "2" is the strongest number. The suits are named after the sun, the moon, the stars, and the wind. In the game, a player leads a tile or set of tiles, and the other players must follow by either playing a higher tile or set of tiles or passing. The play continues until all players have passed in succession after the final play, and the player who played the last set leads next. Play continues until one player has played all of his tiles. Then each player pays chips to those players who performed better – that is, the player who went out will get paid by all other players, and the other players pay points to one another based on the difference in the number of tiles each held at the end of the hand. A game lasts five rounds, and the player at the end of the game with the most points wins.