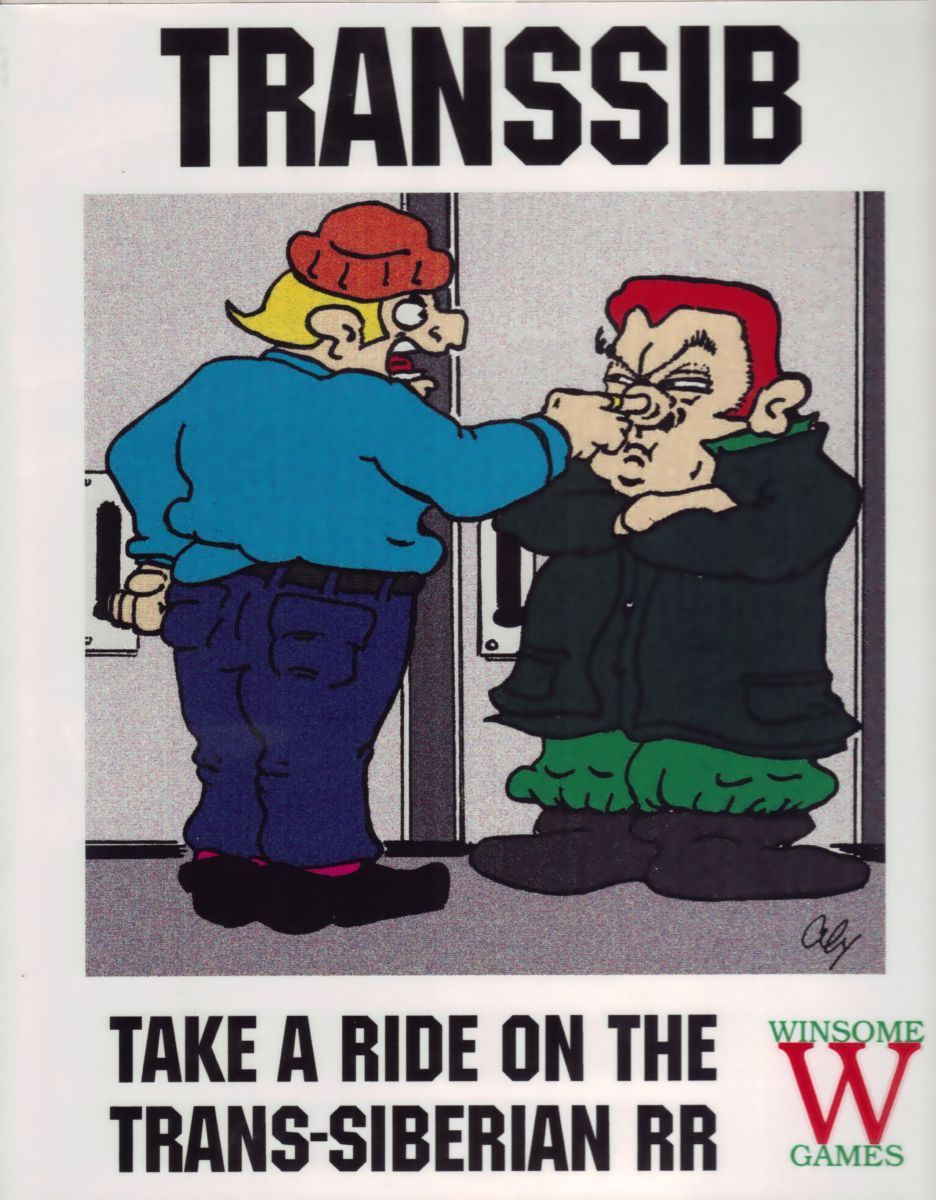 Transsib (later Published by Winsome) is a game about mafia gangs selling goods during a journey on the Transsiberian Railway. The board depicts the Transsiberian Railway and a few of the stations along it - starting at Irkusk and ending in Moscow. There is also a picture of 6 green passenger cars and one restaurant car, and finally there is a table which lists all the goods and the value of each at each of the different stations. Your goal is to sell your goods for the highest profit you can while keeping your mobsters alive and thwarting your opponents from selling their goods. At the beginning of the game each player gets 12 goods cards which must be placed in that player's compartments in the railway train. During the game if you sell a good of that type you remove the corresponding good card from one of your compartments. The game is divided into moving rounds (2 in between each station) and selling rounds (when the train is at a station). During a moving round a player can move one of his mobsters, steal an item from another player, seek protection money from another player which may lead to a duel, or attack another player's mobster (the loser in a duel or attack is removed from the train). During a selling round, a player may sell items from a train car that contains one of his mobsters. Sold good cards are removed from the game and protection money is paid if owed. The game ends when the train reaches Moscow and the final selling round is done. The player with the most money wins the game.