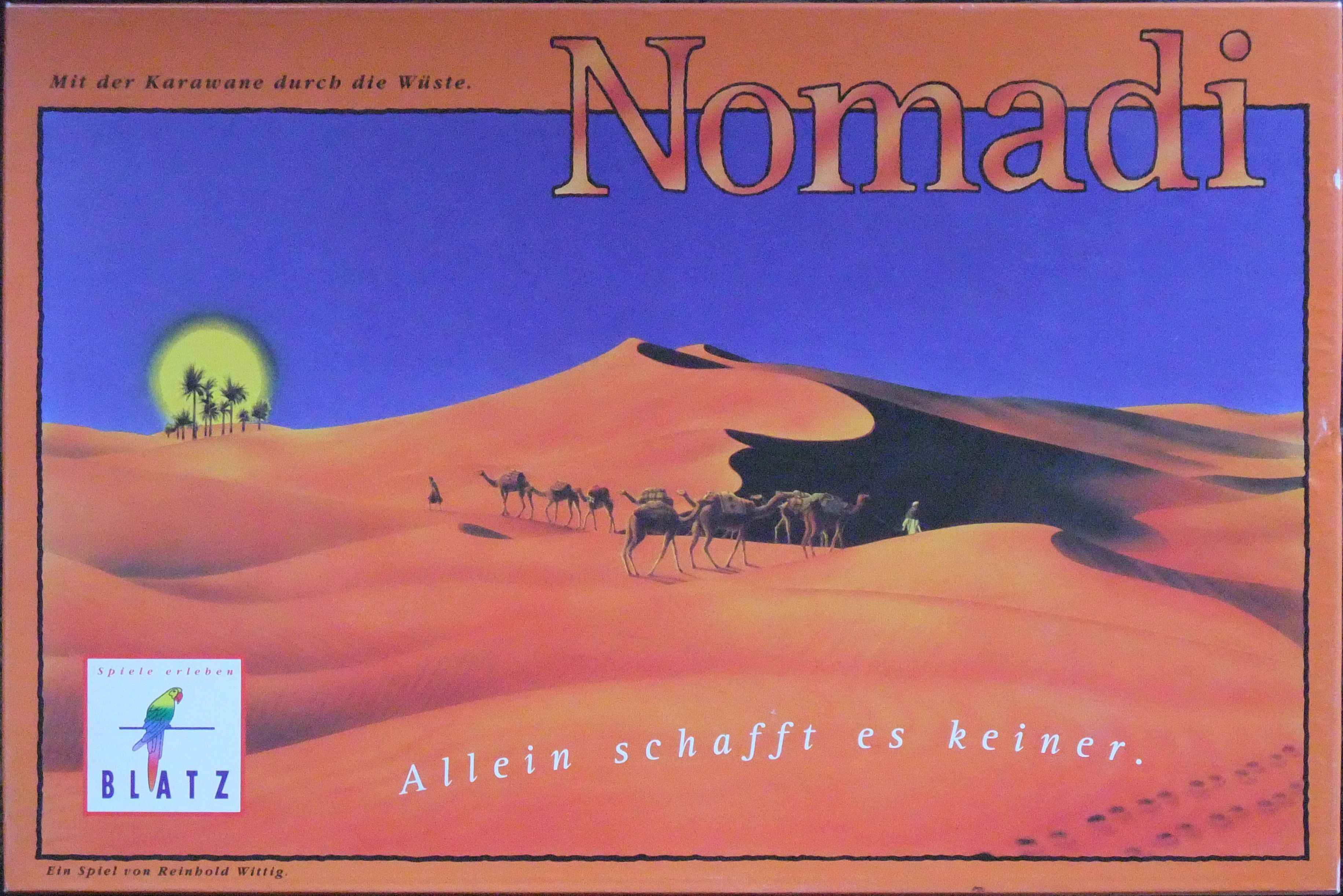 A game of moving camels across the desert. Each player has a number of camels and tries to get them across the desert first. However no-one survives in the desert alone - each camel must always be adjacent to at least one other camel. The game board depicts a desert with a starting area in one corner and a finish area in the opposite corner. There are two oasis spaces in the middle of the desert and a gorge which approximately splits the desert in two. After the initial placement of the pieces in the starting area, each player rolls all six of the dice, and moves whichever camels they want - restricted by the rule that a camel may never be by itself, but must have at least another camel in one of the 4 adjacent spaces (diagonal spaces do not count). The die roll determines how a camel may move: A 1 allows one space of diagonal or horizontal movement; a 2,3,or 4 allows the camel to move in a straight line (but not diagonally) that many spaces - it may also jump over any intervening camels; a 5 or 6 allows the camel to move that number of spaces and allows one right angle turn in the move - it may also jump over any intervening pieces. Being the first person to move a camel onto an oasis earns the player bonus points, and also being the first person to move a camel past the gorge likewise earns a player bonus points. These bonus points are added to the points earned by your camel's finishing position (ie 8 points to the first camel to get to the finish line, 6 for the second camel and 4 for the third). The person with the most points at the end of the game wins.