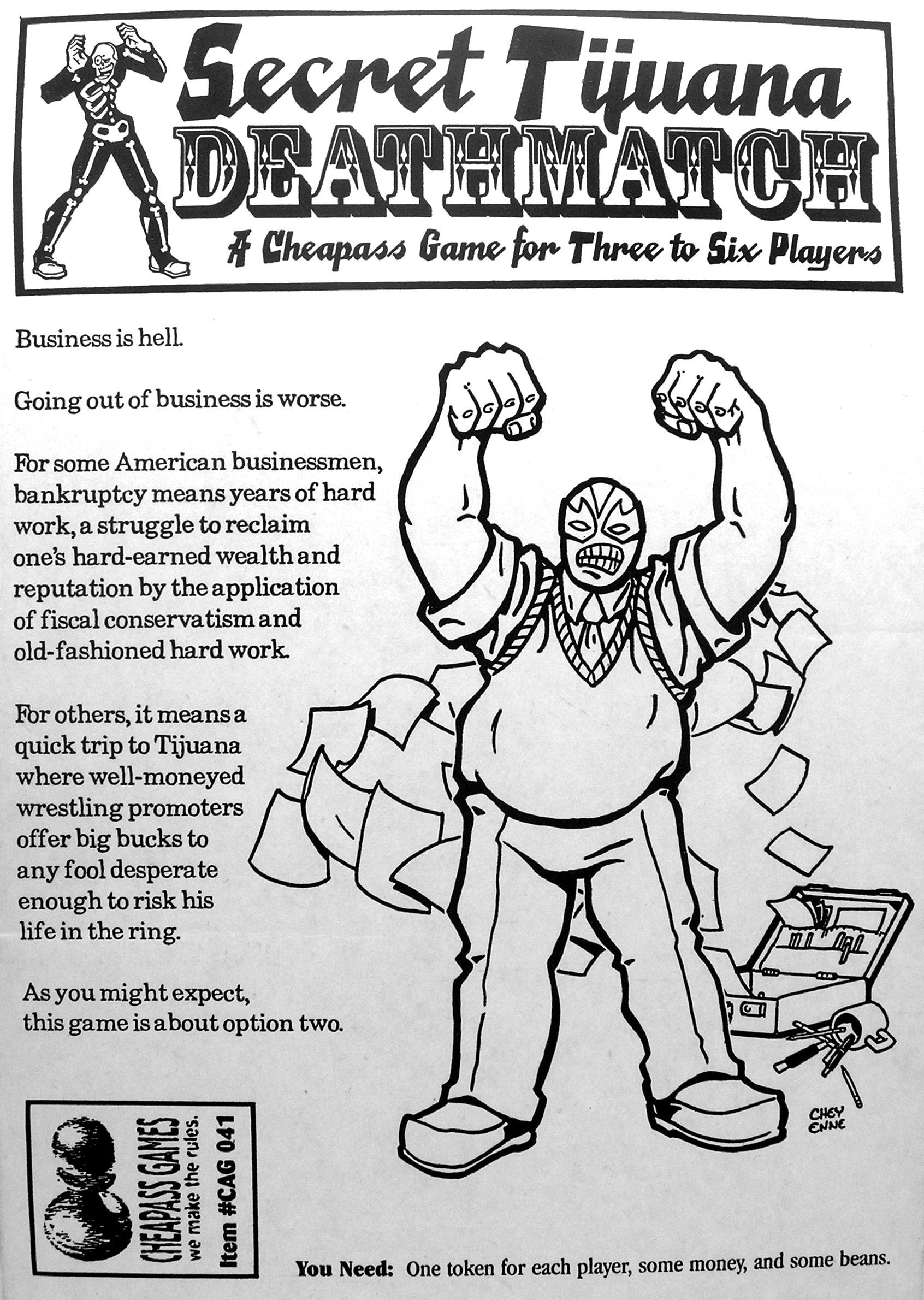 In old Tijuana, bankrupt American businessmen go to die -- and wrestle -- but not in that order... It would be a shame to encourage them, unless of course you're making a profit off of it. In Secret Tijuana Deathmatch, it is your job as wrestling promoter to go to the United States, hire five of the best (or most desperate) businessmen and then pit them against your opponents' wrestlers in fights to the death. Is your goal glory? Of course not! Your goal is money! You earn money either by defeating another player's wrestler (in which case they pay you the purse) or by picking the winner of another two players' match (in which case you share a side bet with the others who guessed correctly). The winner is the one who earns the most money before someone's stable runs out. Interesting bit of trivia: this game is limited to 5000 copies, as the modifier tiles for the matches are from an overprinting of Atlas Games' Spammers.