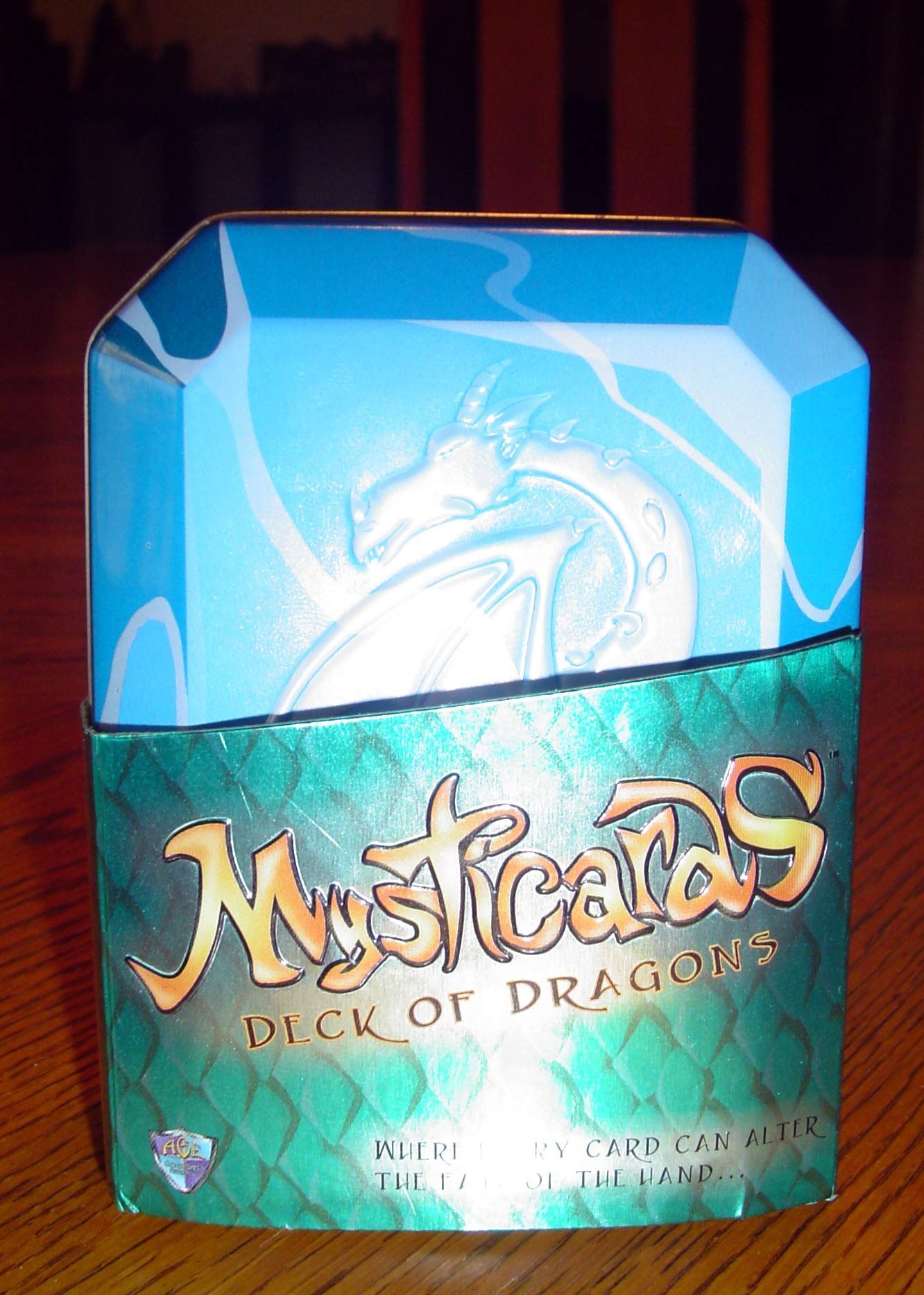 From the rulebook introduction: Mysticards is a card game designed for four players, Ages 8 and up, who are divided into two teams of two. One game consists of several hands, with each hand being made up of 15 tricks. During each trick, every player gets to play one card, with the best card winning the trick. Teams collect points for each trick they win. In addition, each team can earn extra points for meeting certain conditions, such as winning tricks with gemstones, or defeating an enemy dragon.