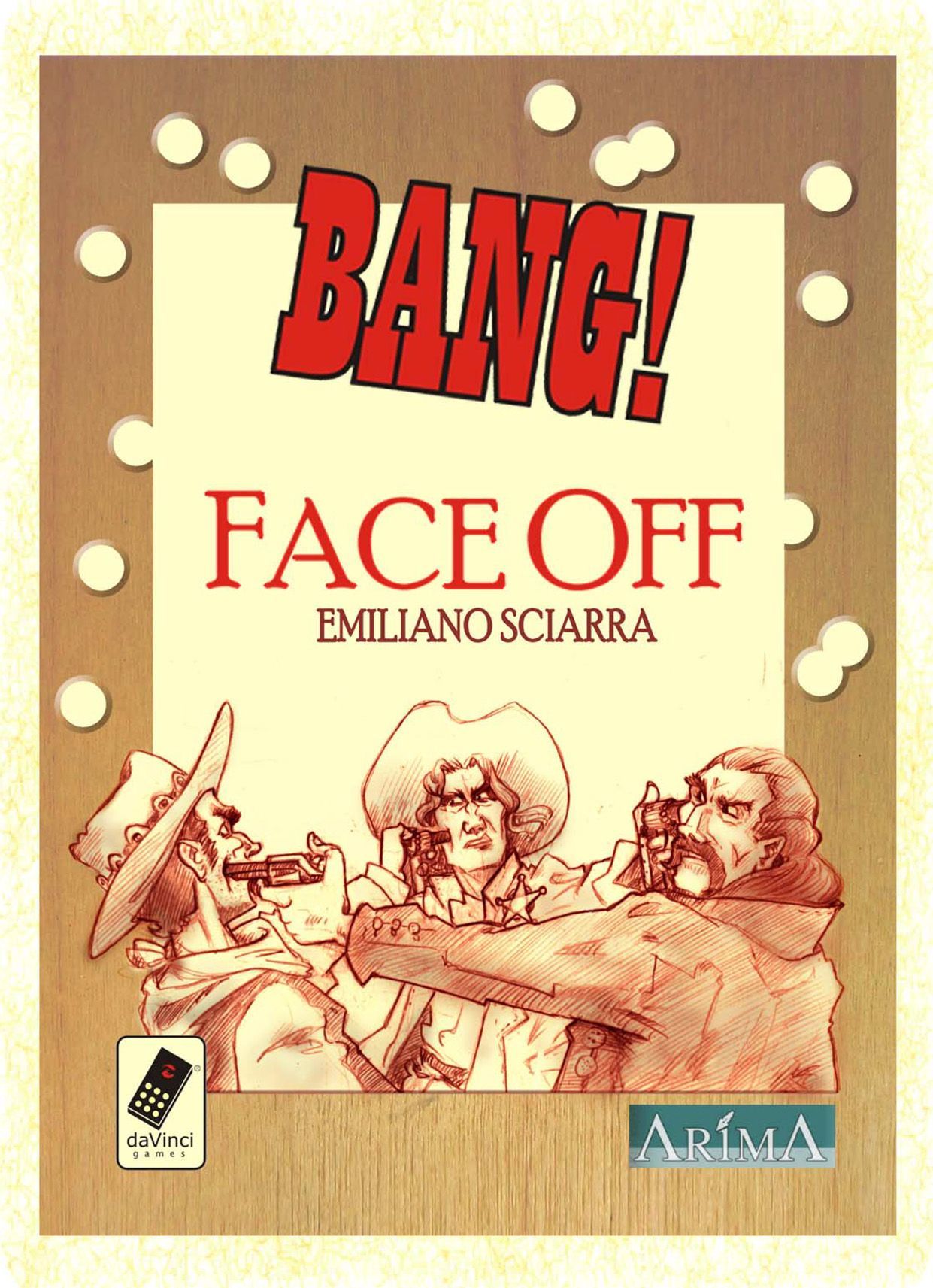 From the publisher (edited): BANG! Face Off features three characters: a Sheriff, an Outlaw and a Renegade; the latter will be moved by both the players and, as in the original game, will be an ambiguous character that will not openly take a side. The two players take the outlaw and sheriff sides and face off on a board representing either a canyon of death or the OK Corral. The renegade is moved by both the players. The Bang! cards are used to move and fight with the characters. The rules also explain how to use BANG! Face Off with the official expansions produced by daVinci Games.