War in the Aegean - Universal Statistics 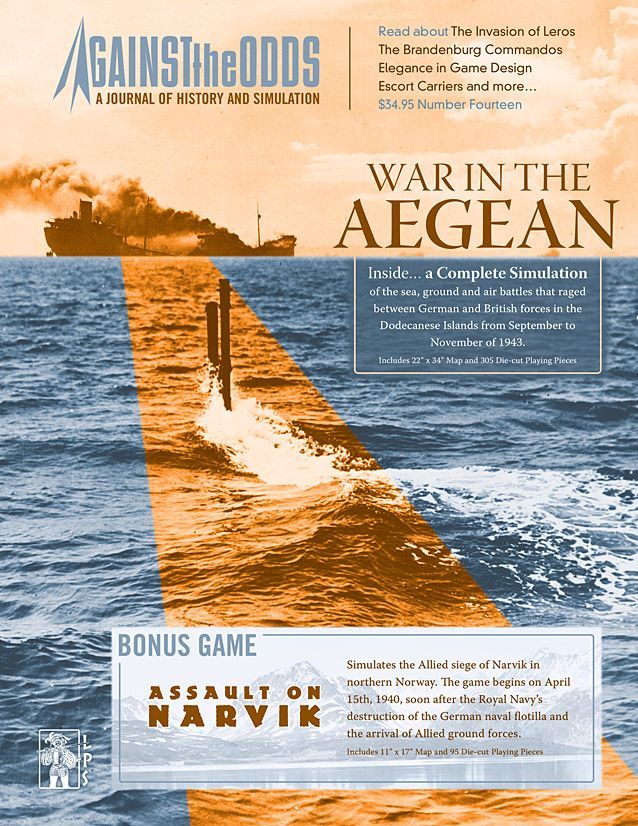 War in the Aegean is a simulation of the sea, ground and air battles that raged in the Dodecanese Islands from September to November 1943. With the confusion surrounding the surrender of Italy, seizing those islands struck Churchill as easy pickings, with a vast potential for future Allied operations. A single British brigade, the 234th, began a bold island hopping campaign. In time, the Germans countered and checked the advance, first at the island of Kos, and then later at Leros. The war in the Aegean highlighted a clash of weapons systems, with the Luftwaffe controlling the air while the Royal Navy dominated the seas. Each Game Turn represents one week. Each Impulse of a Game Turn can represent a variable amount of time within that week. A hex is approximately six and one half kilometers across. Ground units range in size from companies to regiments. Naval units represent a single vessel, although Torpedo Boats and MFP counters represent 2-3 vessels each. Each air counter represents approximately six aircraft. Design - Perry Moore Development - Paul Rohrbaugh Graphic Design - Craig Grando