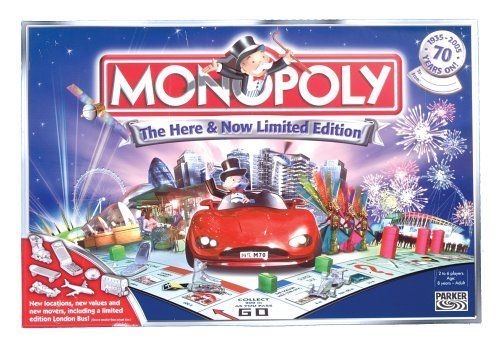 To celebrate the seventieth anniversary of the London edition of Monopoly, Hasbro released a new edition with the same gameplay, but with street names, player pieces and even the money values more recognizable to a modern audience. Every value in the game has been multiplied by 10,000, so Canary Wharf (replacing Park Lane) costs £3.5 million. Stations have been replaced by airports, and houses by apartments. Player pieces include a mobile phone and a plane.