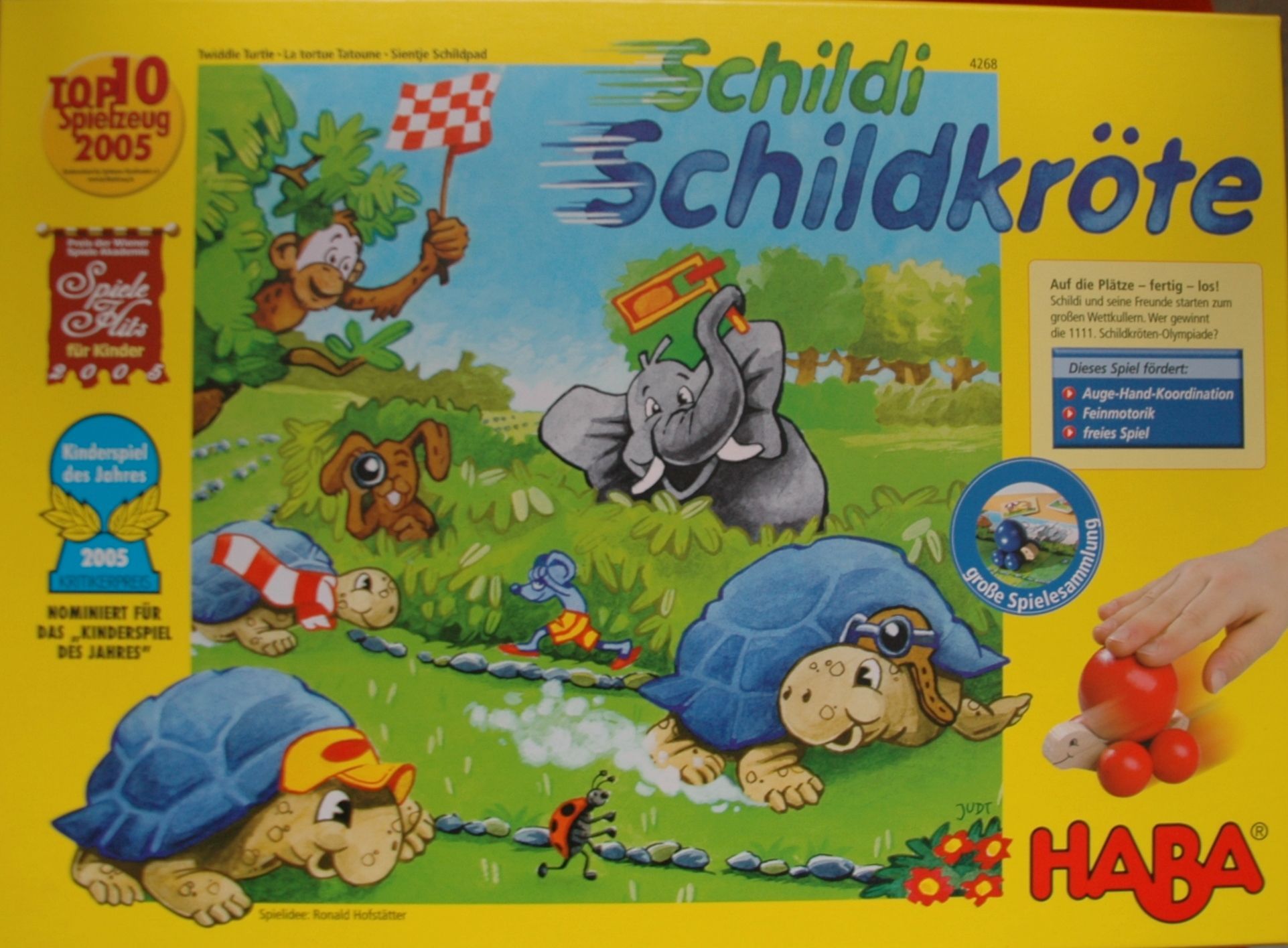 Many animals have gathered in the glade stadium to take part in the 1111th Turtle Olympics. Famous animals such as Henry Hare, Cheeky Badger, Herbert Hedgehog and Rosaly, the Racing Caterpillar, have already been spotted. Just a few moments are left before the start signal to begin the first exciting competition. One of the top favorites this year is Twiddle Turtle. She is quite nervous, standing at the starting line together with the other zippy candidates as they anxiously await the start signal for the first highlight of this year’s games! This children's game, nominated for the Kinderspiel des Jahres 2005, is really a game system of 5 games, from racing, dexterity, luck, bluffing and even Turtle Soccer. All revolve around ingenious wooden turtle pieces, which roll forward when the their top is rolled backward. Recommended for Ages 4 and up Expanded by: Schildi StrandkrÃ¶te