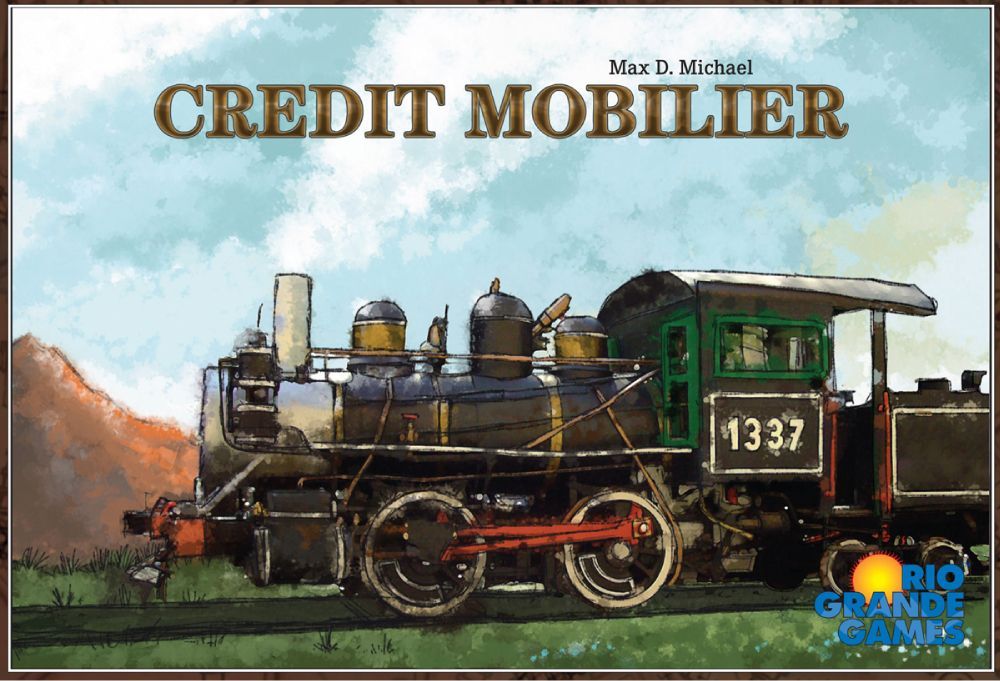 During the building of the transcontinental railroad, the owners of the Union Pacific Railroad Company set themselves up as the owners of a construction company – the Credit Mobilier. They proceeded to award themselves fat contracts, paid for by the U.S. Congress, to construct their own railway. In Credit Mobilier, four fictional railways race to construct track and move goods westward while the players invest in the railways and the Credit Mobilier. User review: There are five railroads; each of a different color. Four of the railroads have fifteen shares of stock, a treasury card, ten railroad tracks, and several blocks. The fifth railroad, Credit Mobilier, only has the stock and treasury card. The game board represents the United States. One block is put on each of the cities randomly. Each player begins the game with three dollars and a share of Credit Mobilier stock. A start player is randomly chosen and the game begins. In turn, each player will roll the five dice. The player will then choose to lay track (which adds to the Credit Mobilier treasury), move freight (which may add to the treasury of the railroad that owns the freight and traversed upon track), buy stock of one railroad (if available) for one dollar each, or pay dividends to the owners of the shares of one company. A player’s options are limited to which colors are rolled on the dice. Rolling orange is the only color that lets one pay dividends. Purple represents Credit Mobilier and it is also ‘wild’ but it can only be used as a duplicate of any color rolled except orange. Players take turns in clockwise order until there are blocks of two colors which have yet to be transported to the Pacific Coast wherein the game ends immediately. The player with the most cash on hand is the winner.