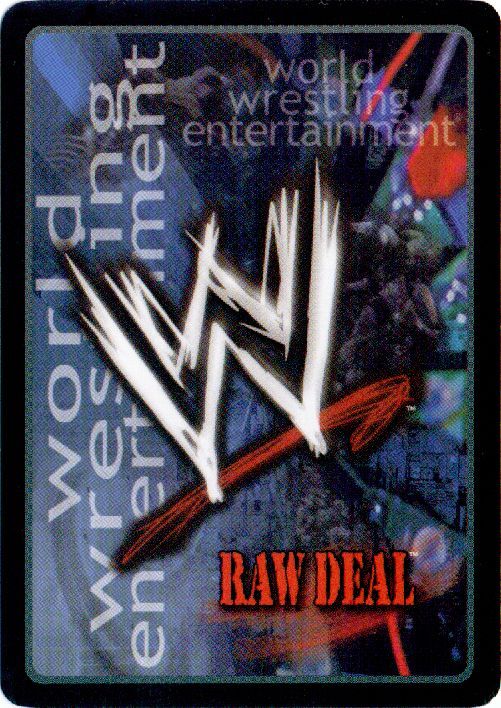 Comic Images' WWE Raw Deal is a Collectible Card Game depicting the World Wrestling Entertainment's "Superstars", such as Kane, The Rock, and Kurt Angle, doing battle in the squared circle. Prominent events from the shows--from Backstage Ambushes to the interference of wrestling "Managers"--are each represented on individual cards for use with the game. The object is to "pin" your opponent by landing wrestling moves on his/her wrestler. Your opponent can 'counter' these moves and go on the offensive, simulating the back and forth aspect of the matches you'd see on television. Cards are available in booster packs and starter decks, and your deck is entirely customizable based on the character you choose to play. The cards come in common, uncommon, rare, and ultra-rare varieties. Expansions are released approximately twice a year to reflect new characters on the shows as well as to keep cards more "current" with the goings-on of the television show story lines.