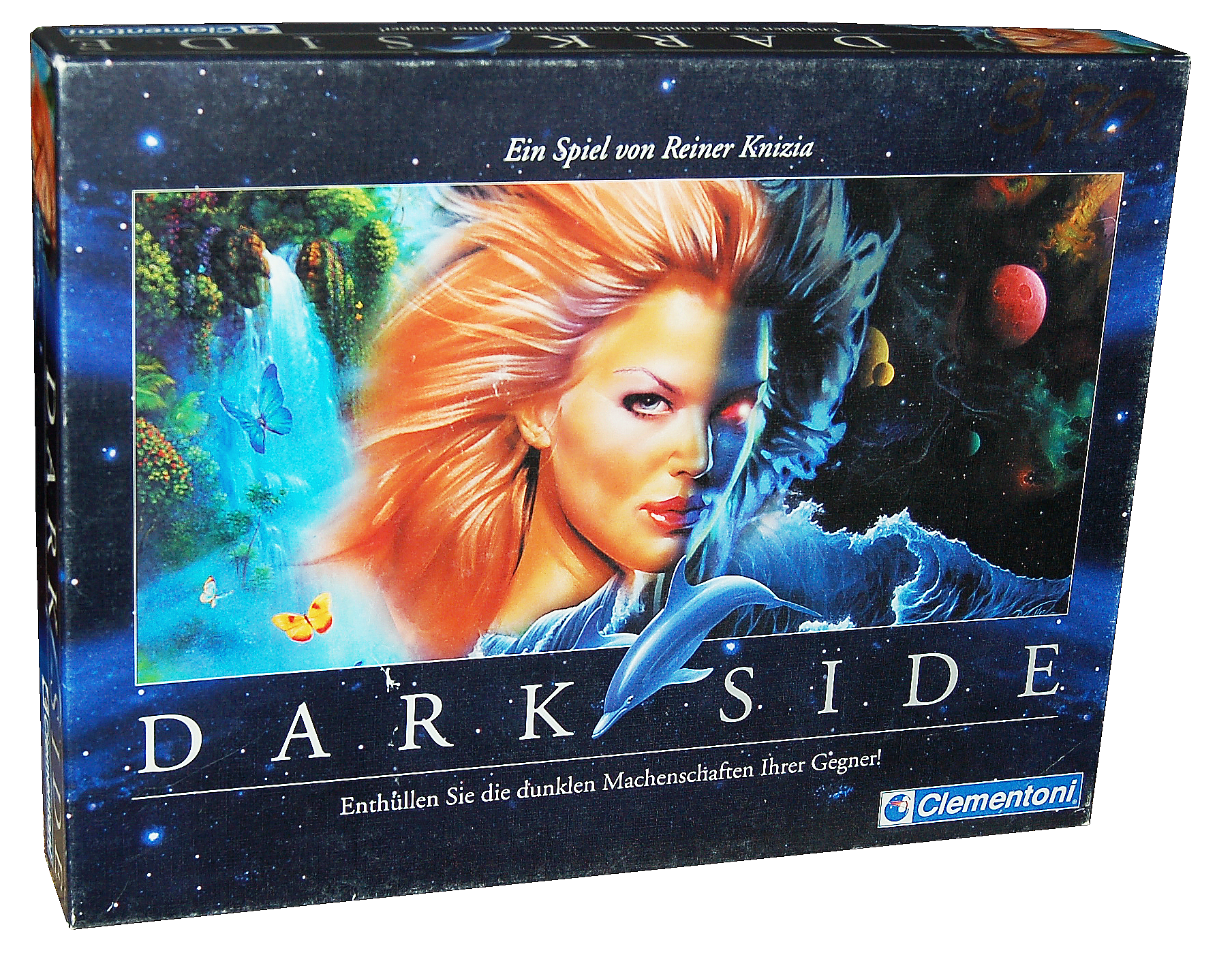 Each human being has his dark side, often well hidden behind a friendly smile. This game is about the friendly unveiling of such secrets. The players try to reveal the dark sides of the other players and to hide their own secrets well. There are points for revealing secrets, for which the players move forward on the success track. In the end, whoever stands farthest up on the success track wins, but only if his dark side was not revealed. The cards in the players' hands represent the secrets. The players can brag about them in order to get points, but they must be careful that their own secrets are not revealed by the other players, because then the other players will earn points.