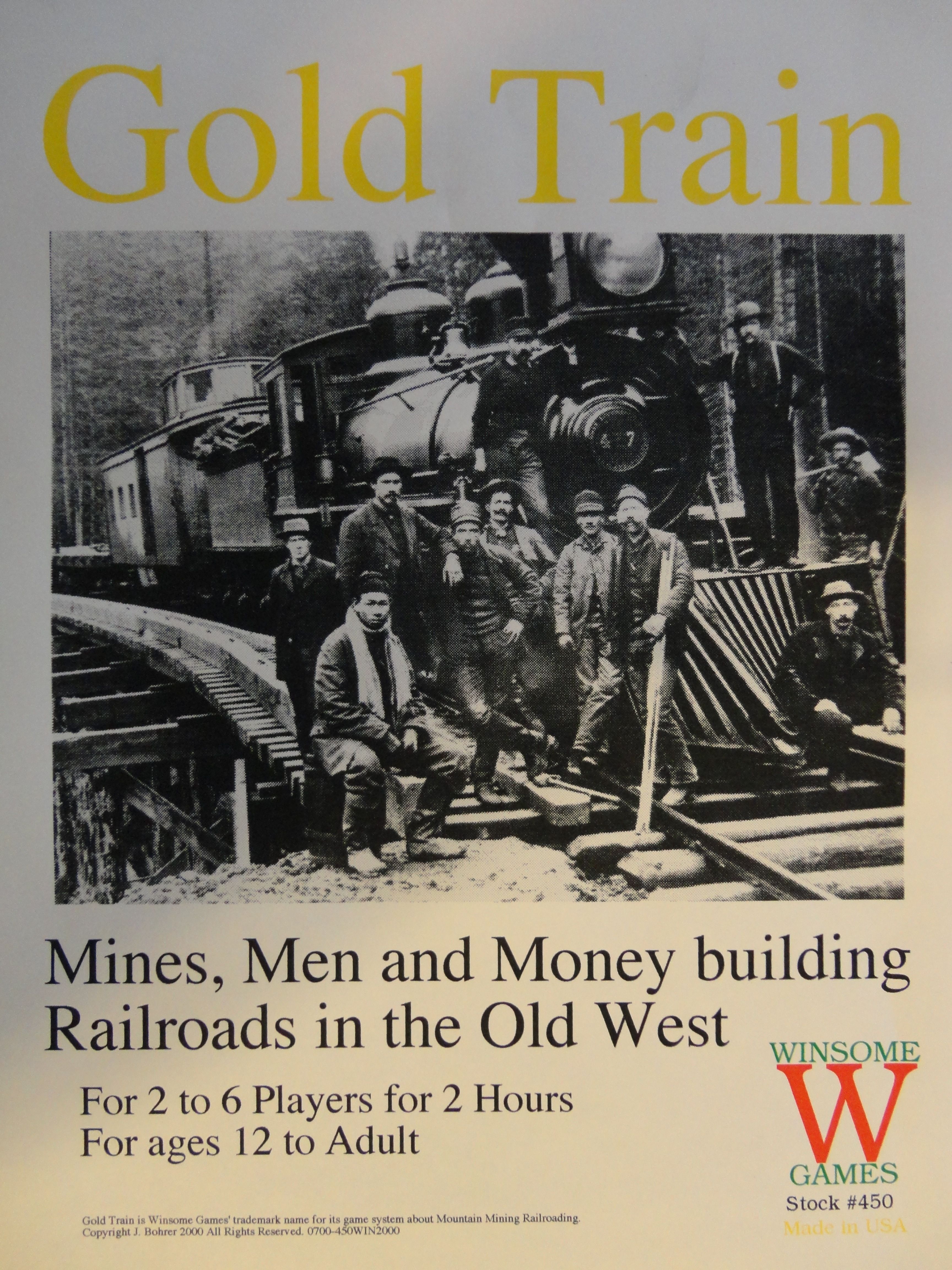 Frontier discovery, labor shortages and gold mines are the focus of Gold Train. This game forces difficult decisions and often unpleasant player interaction. Set in the Old West of the USA. The game board is constructed by the players at the start of the game. During the setup, initial terrain tiles are placed (mostly face down) starting at the center of the board and moving out in rings (similar to Twilight Imperium (Third Edition)). Only a portion of the tiles are uncovered at the start and the board is different every game. Players bid for starting areas and play begins. Players search (or discover) terrain (similar to the search process used in 2038: Tycoons of the Asteroid Belt). This phase also allows players to apply various counters that affect terrain (help themselves or hurt other players) and to discover mines. Then players use labor that they have procured to build tracks. Finally, players get paid. If a player has track to a mine, the railroad services the mine and collects income. Coal mines pay the least and Gold mines pay the most. But watch out for the Dalton Boys or the Clinton gang.